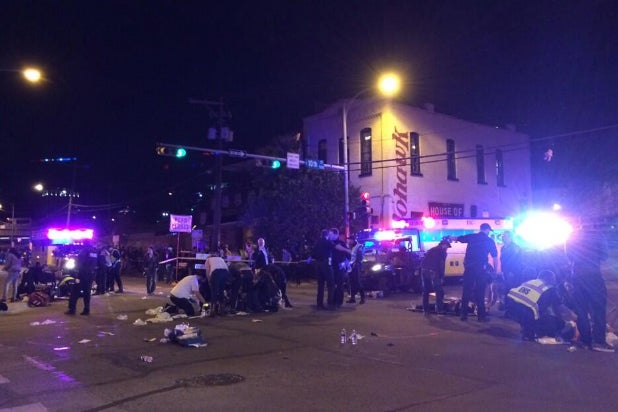 Police plan to file capital murder charges against the suspected drunk driver whose crash through a crowded street at the South by Southwest Festival killed two people and injured 23.

Police Chief Art Acevedo said the man will face two charges of capital murder and 23 counts of aggravated assault, the Austin-American Statesmen reported. Under Texas law, that means he is eligible for the death penalty.

Police said one of the dead was a man from the Netherlands who was riding a bicycle. The other person killed was an Austin woman on a moped. Another man who was on the moped is in stable condition, Acevedo said.

The man’s blood-alcohol level is not expected to be released imminently, police told TheWrap.

Police said the man appeared to be trying to evade a drunk-driving checkpoint when he blew past a barricade and plowed into the crowd on Red River Street. It had been closed to drivers, and was filled with festival-goers.