Syfy picked up two series today, including a Superman prequel, and is developing a project based on a book by “Game of Thrones” author George R.R. Martin, along with announcing a brand reboot tied to the network’s upcoming 25th anniversary.

The new shows include “Krypton,” which is set two generations before Superman’s home planet was destroyed. The series, starring Cameron Cuffe as the Man of Steel’s grandfather, hails from Warner Horizon Scripted Television and is executive produced by David S. Goyer.

Also getting a series order is “Happy!,” starring Christopher Meloni and based on the graphic novel by Grant Morrison and Darick Robertson. The network is developing “Nightflyers,” based on Martin’s epic 1980 novella. 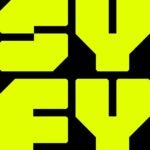 Additionally, Syfy is launching a new visual identity on June 19, including a redesigned logo, to celebrate the milestone anniversary.

“Syfy is partnering with the biggest names in the business to tell the boldest stories in the sci-fi world, and I can’t think of any bigger and bolder than Krypton, Happy! and Nightflyers,” said NBCUniversal Cable Entertainment networks president Chris McCumber in a statement.

Read the series’ descriptions below, as written in the network’s own words.

Set two generations before the destruction of the legendary Man of Steel’s home planet, KRYPTON follows Superman’s grandfather (Cameron Cuffe, “The Halcyon”) — whose House of El was ostracized and shamed — as he fights to redeem his family’s honor and save his beloved world from chaos. Based on DC characters, KRYPTON is from Warner Horizon Scripted Television and is executive produced by David S. Goyer (“Man of Steel,” “Batman v Superman: Dawn of Justice,” “The Dark Knight” trilogy) through his Phantom Four banner. Damian Kindler (“Sleepy Hollow”) will serve as executive producer and showrunner.

The pilot teleplay was written by Goyer and Kindler, from a story by Ian Goldberg (“Once Upon a Time,” “Terminator: The Sarah Connor Chronicles”) & Goyer, with Colm McCarthy (“She Who Brings Gifts,” “Peaky Blinders”) serving as director and co-executive producer. KRYPTON is based on characters created by Jerry Siegel and Joe Shuster, published by DC.

SYFY and Universal Cable Productions are developing a supernatural thriller based on author George R.R. Martin’s (“Game of Thrones”) epic novel NIGHTFLYERS. Set in the future on the eve of Earth’s destruction, a crew of explorers journey on the most advanced ship in the galaxy, The Nightflyer, to intercept a mysterious alien spacecraft that might hold the key to their survival. As the crew nears their destination, they discover that the ship’s artificial intelligence and never-seen captain may be steering them into deadly and unspeakable horrors deep in the dark reaches of space.

With R-rated films like "Logan" brutalizing the box office, an insider tells TheWrap that DC Films would "100 percent" make R-rated superhero movies with the right characters. Here are a few suggestions for characters dark enough to demand an R rating.