“It is with great pleasure and relief to report that Tanya has been found safe by Police today. We understand she is not physically harmed, but as a precaution, is being assessed at a local hospital,” the tweet read. “We wish to thank the police, members of the public for their efforts in locating Tanya, as well as the outpouring of concern and support over the last several days. Tanya’s family are relived extremely grateful.”

Fear, whose credits include “Doctor Who” and “Kick-Ass 2,” was last spotted Sunday at a Trader Joe’s on Santa Monica Blvd. The 31 years old, moved to Los Angeles just two months ago and lives near the Hollywood Bowl. Her manager, Alex Cole, has said in TV interviews that he last spoke with Fear over a week ago and she had seemed fine.

“Since she’s been here, she’s had a great career and this is just the beginning,” Cole, who is the founder of Elevate Entertainment, told ABC News on Sunday. “We’re obviously concerned and [hope] we find out this is a simple mistake and we find her.”

Also Read:
Larry David Looked Miserable at NY Fashion Week – Could It Be a ‘Curb’ Scene?

Fear was reported missing on Sept. 9. The @FindTanyaFear Twitter account was launched on Sunday, and friends and family urged people to use the #FindTanyaFear hashtag on Twitter to help gather information on her whereabouts.

In addition to appearing in a 2018 episode of “Dr. Who,” Fear has also been seen in British TV shows such as “Endeavour” and “Midsomer Murders,” as well as the Netflix series “Spotless.”

The actress had recently started doing standup comedy in the Los Angeles area. In her latest tweet, from Aug. 30, she reflected on a show at Haha Comedy Club in North Hollywood, writing, “My first show @Hahacafecomedy was SO MUCH FUN! Still can’t believe I got to share the stage with LEGENDS! More to come baby!!!” 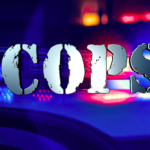