“Rocketman” star Taron Egerton collapsed on stage Saturday night in the middle of the first performance of the play “Cock” in London’s West End.

The 32-year-old star had completed three-quarters of the play opposite “Bridgerton” star Jonathan Bailey when Egerton suddenly took ill, and collapsed on stage. According to the Independent, the curtain came down at the Ambassadors Theatre and a doctor in the audience rushed to the stage to assist.

After a 40-minute break, the show’s director, Marianne Elliott, appeared on stage to assure the audience that the actor was “absolutely fine,” the paper said, and Egerton’s understudy, Joel Harper-Jackson, stepped in for him for the final 15 minutes of the production. 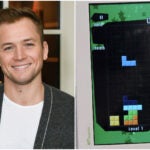 Also Read:
‘Tetris: The Movie’ With Taron Egerton Falls Into Place at Apple

In an Instagram story post on Sunday, Egerton said, “I am completely fine. Slightly sore neck and a bruised ego but I’m fine.”

He continued: “I’ve decided to put a positive spin on it and I would appreciate it if anyone who was in the theatre last night just said that I gave such a comitted, electrifying performance that my body couldn’t handle it and checked out. That being said, apparently you’re meant to actually do the full show and now just three quarters of it. So I’ll be back with a vengeance tomorrow night.”

Mike Bartlett’s 2009 play centers on a gay couple whose relationship is upended when one falls in love with a woman (Jade Anouka). The current production is scheduled to run through June 4. 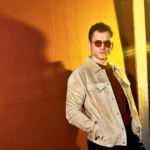 Also Read:
Taron Egerton on How ‘Rocketman’ Found Elton John’s Truth by Not Worrying About the Facts