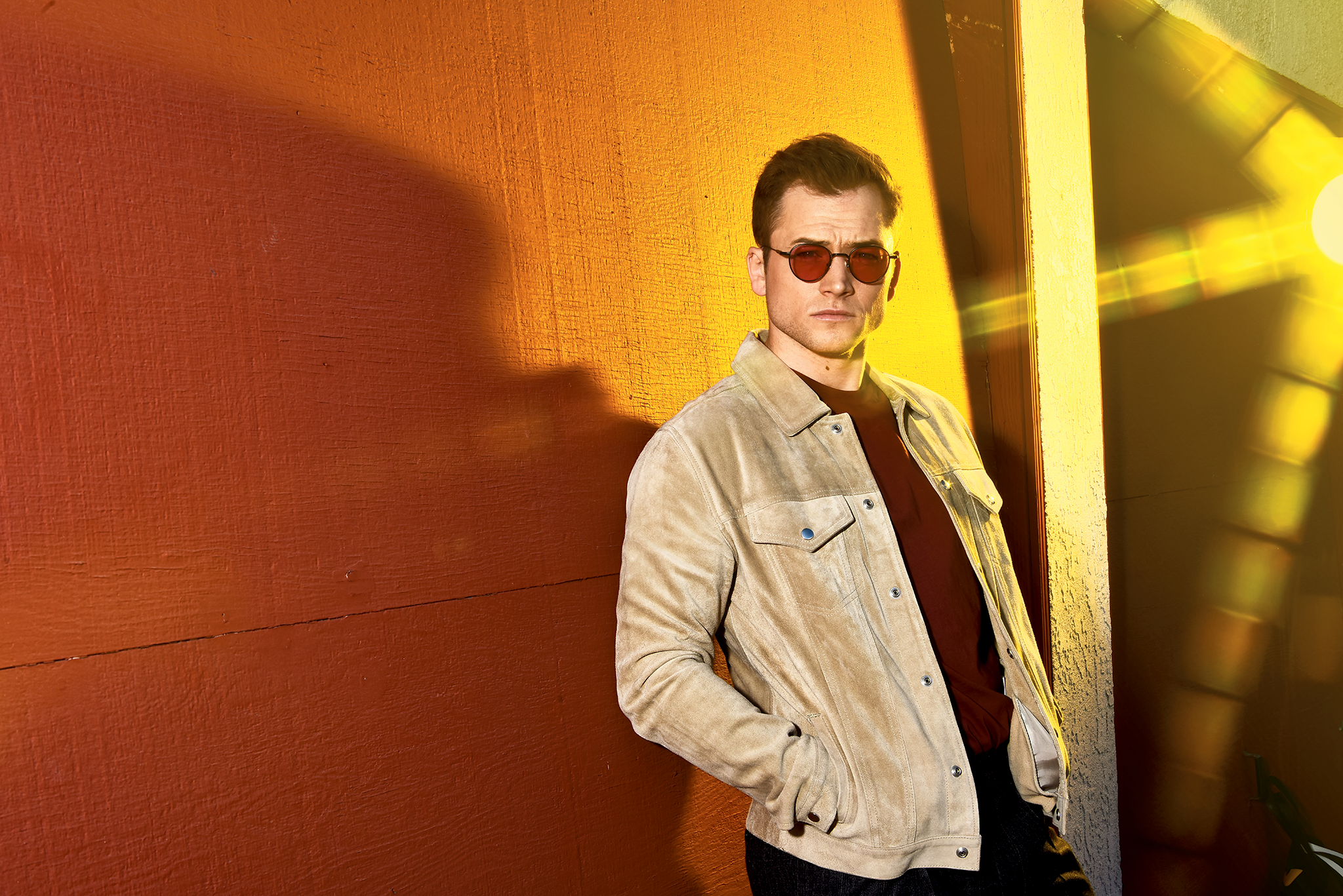 This story about Taron Egerton first appeared in the Actors/Directors/Screenwriters issue of TheWrap’s Oscar magazine.

Within the first few minutes of “Rocketman,” we know this is no typical biopic.

Sure, Taron Egerton is on screen made up and dressed up like Elton John, but in short order he storms out of a Madison Square Garden concert in a full devil costume and plops down in a rehab meeting, horned headdress and all. Elton famously went into rehab in 1989, but it’s safe to assume he didn’t do it quite like this — and when we then cut to a flashback that finds a preteen Elton singing “The Bitch Is Back” to a street full of dancing neighbors, we know we’re fully in a glam-rock fantasy world, and in a genuine break-into-song musical.

And for Egerton, who’d loved musical theater as a young actor, the grandiose fantasy element was a major selling point. “It’s a perfectly valid way to tell the story, to strive for total authenticity,” he said. “That’s what a biopic is, and there are some absolutely wonderful ones.

“But that’s just not what this film is. Reading the script the first time, it was like, ‘Holy s—, this is cool.’ At the core of it, it’s got the fundamentals of Elton’s journey right. But we absolve ourselves of responsibility to complete accuracy with the tone of it. Elton wrote a really lovely line in an article. He said, ‘Not everything in the film is fact, but it is the truth.'”

In a way, Egerton said, the film’s not-just-the-facts approach gave him more leeway, particularly in large-scale production numbers that use Elton’s songs as a twisted form of autobiography (even though the lyrics were written by Bernie Taupin and usually had nothing to do with Elton’s life). 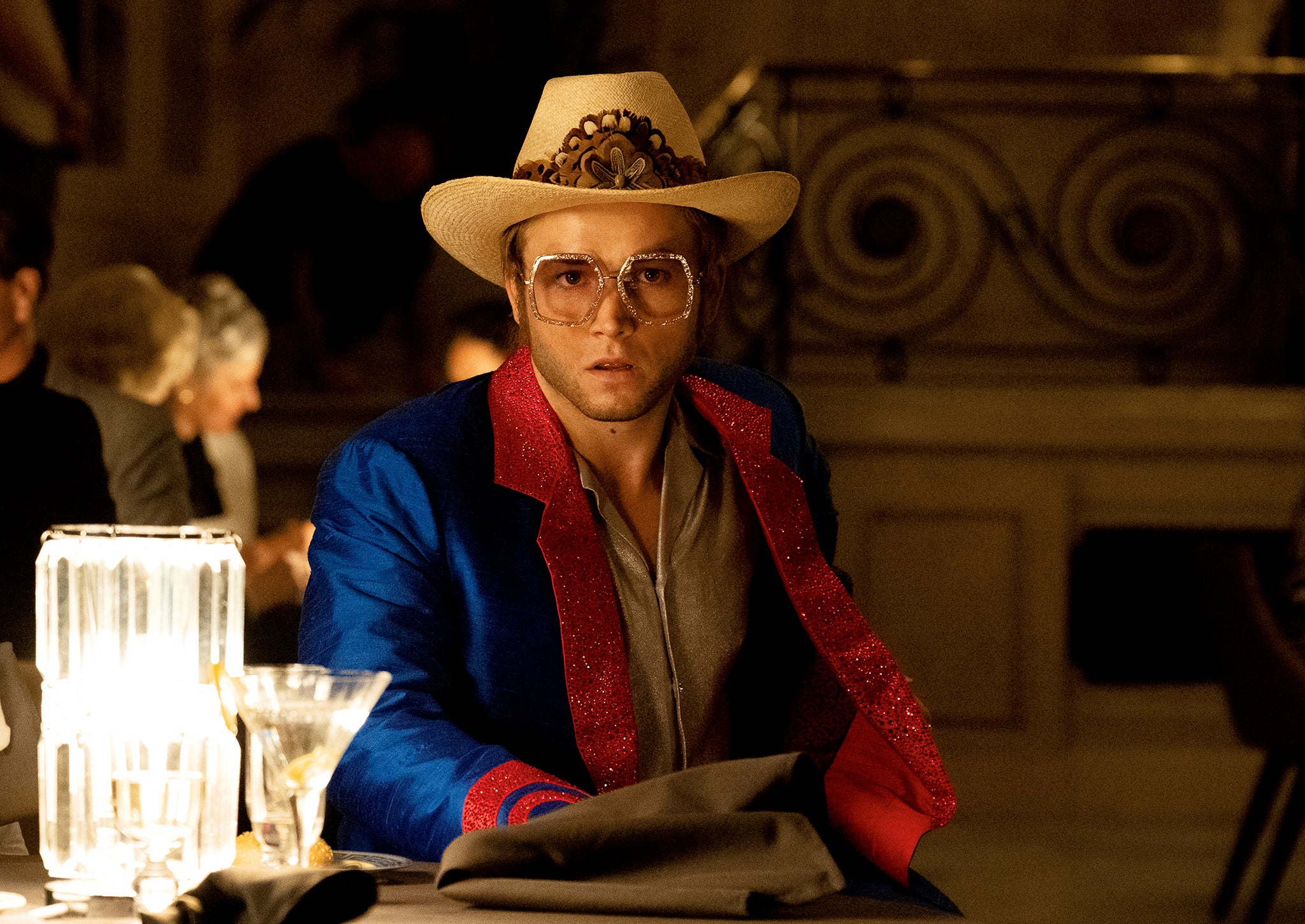 “Once you are existing in a world of fantasy, you’re no longer trying to claim that it is set in the exact same universe that Elton occupied,” he said.  “So I can tailor the character to fit our purposes.

“Of course, you never want to go too far away from it, because we’re here to celebrate Elton. But you know, the fact of the matter is that Elton and I don’t look alike. We trust in the fact that people willfully suspend their disbelief in storytelling, and I just wanted to capture the showman in him, the anger in him, the pain and vulnerability, and trust that when it’s all put together, it will feel like Elton John.”

Egerton is right when he says that he doesn’t really look like Elton, and he doesn’t really sound like him, either. That’s part of the surprise of the performance, and the film — that songs whose lyrics are not actually personal, performed by somebody with a different look (albeit with a good makeup job to lessen the differences) and a different sound can actually add up to a persuasive portrait.

“I do try to sound like him for the more biopic-style moments,” Egerton said. “I suppose ‘Your Song’ would be one, because he’s sitting at the piano and writing the song. At moments like that I’m more constrained. But in a musical-theater moment like ‘Goodbye Yellow Brick Road,’ he’s having a conversation with himself. He’s asking, ‘What do you think you’ll do then? I bet that’ll shoot down your plane.’

“He’s saying, ‘Are you really going to go to rehab? If you do that, everything’s going to be f—ed up, you know?’ So the intention of what you’re saying conditions the rhythm and cadence. And by virtue of that, you can’t be emulating Elton’s recorded version of ‘Goodbye Yellow Brick Road.'”

Egerton met first Elton in 2017, when the singer had a small part in “Kingsman: The Golden Circle.” But they began spending time together in earnest when Elton vetoed Tom Hardy, who was originally going to play the “Rocketman” lead but, Elton said, “couldn’t sing.” The actor and his subject bonded over things like a shared love for Indian food, and Egerton picked Elton’s brain about lots of things. 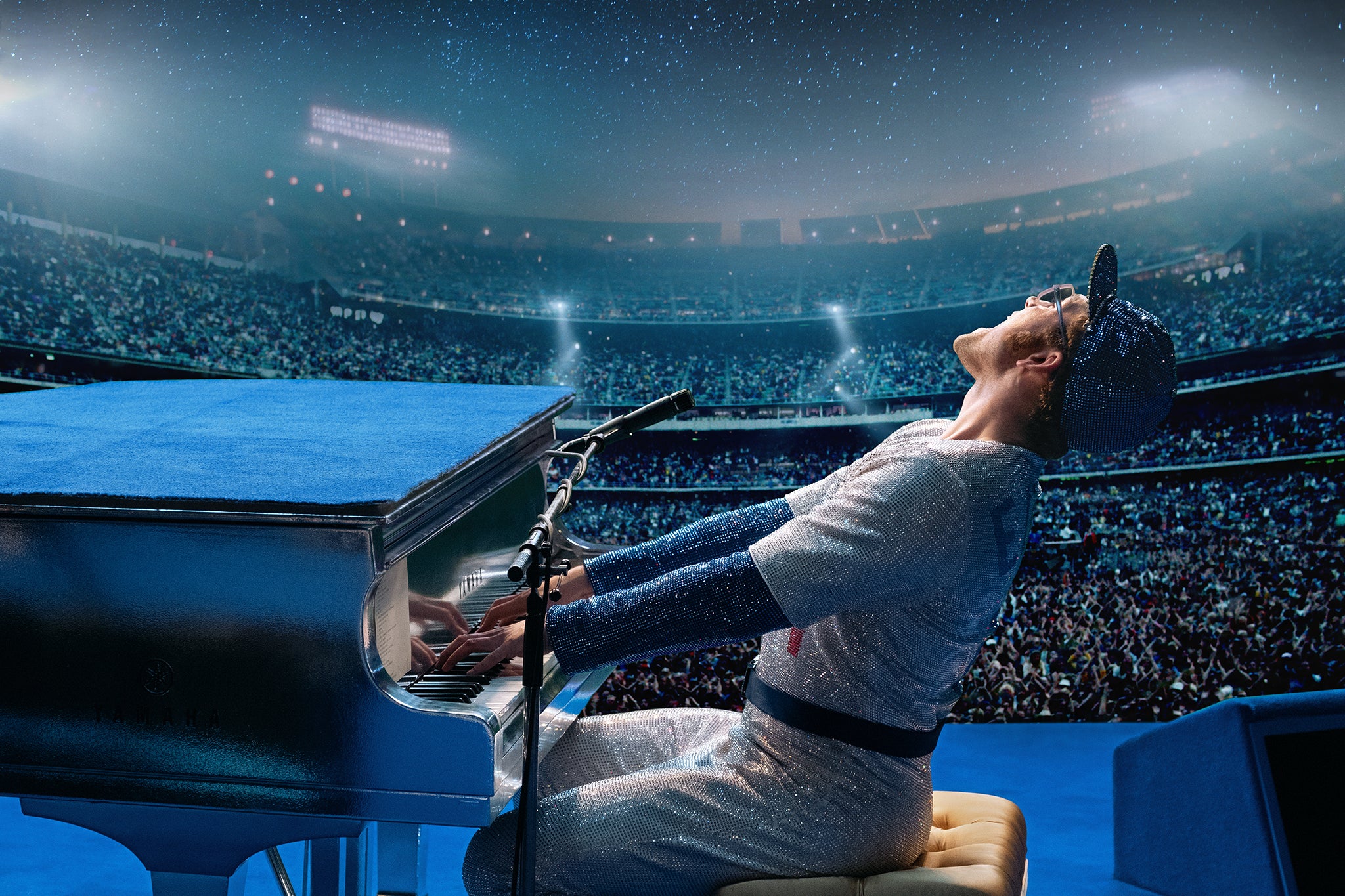 “It’s nice to have an organic conversation about attitudes and feelings, and certainly about the primary characters in the film,” Egerton said.  “And I was wanting to know about his drug use, and how that first started and how it evolved. And his other addictions: alcohol, eating, smoking weed … He has voracious appetites for all things, as he says pretty much the first thing in the movie. He’s one of those people who just can’t get enough of anything, whether it be art, work or Class A drugs.

“But more than that, we really sort of fell in love as friends. I think that really informed and fed into my portrayal of him because I cared about him.”

One last question: Were there any costumes that made him cringe and think, “Oh, my God — I’ve got to wear that?”

“No,” Egerton said with a grin. “I’d love to say yes, but no. I think if you are gonna play Elton John, you know that you’re gonna be wearing something pretty outlandish. And if you’re not excited by that, you probably shouldn’t be playing Elton John. You have to relish that and be excited by it, and I was.”

He paused, and laughed softly. “Even the hot pants.”

The star stops by StudioWrap for an interview and photo session