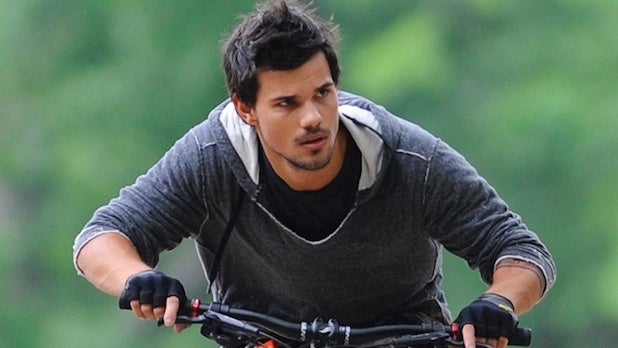 Daniel Benmayor directed the movie, which was produced by Temple Hill’s Marty Bowen and Wyck Godfrey, who worked with Lautner on the “Twilight” movies. D. Scott Lumpkin also served as a producer on the movie.

“Tracers” follows New York City bicycle messenger Cam (Lautner), who’s in debt to an organized crime gang. When he crashes his bike into a sexy stranger, Nikki (Marie Avgeropoulos), Cam is immediately seduced by her and the thrill of the high-stakes world of parkour.

“We were immediately drawn to ‘Tracers’ because it amplifies and expands on action storytelling and captivates the thrill seeker in all of us. Taylor is one of the best young actors of his generation and watching him jump across buildings, surf down escalators, and execute his own stunts is going to stun the audience. His performance is authentic and heightens the daredevil nature of the film,” said Bill Bromiley, president of Saban Films.

Saban Films acquired Tommy Lee Jones‘ “The Homesman” at Cannes and will release the film in the U.S. on Nov. 7 along with Roadside Attractions.