Taylor Swift is an artist who takes absolute glee in being one step ahead of her fans. Well, better luck next time, Taylor, because the Swifties have already cracked the code on the latest clues from “Red (Taylor’s Version),” deciphering the album’s tracklist.

Swift wrote in the caption, “*presses post* *cackles maniacally* Level: casually cruel in the name of being honest.”

That last part is a reference to Swift’s crushing breakup anthem “All Too Well,” which she already said would appear on the album via an extended 10-minute version when she announced the re-release back in June. The rest of the post proved much more enigmatic, though — that is, until some crafty fans put their heads together. 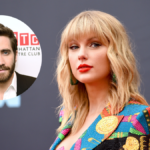 The cyphers represent the unheard tracks from Swift’s “vault” that will appear on the 2012 album’s re-release, in addition to classics like “We Are Never Ever Getting Back Together” and “I Knew You Were Trouble.” They also hint at some high-profile collaborations.

According to Twitter user @beainouterspace, the names of the songs are as follows, and the album’s guest artists will be Ed Sheeran, Phoebe Bridgers and Chris Stapleton.

All Too Well (10 minute version)

Message in a Bottle

I Bet You Think About Me

This won’t be the first time we hear some of these tracks, though. “Better Man” became a No. 1 country hit for Little Big Town when Swift offered her composition to the band to cover in 2016. Similarly, “Babe” is a song she gave to Sugarland to record (and added her own backing vocals to) back in 2018. Nevertheless, fans are excited to hear Swift’s take on these songs she wrote long ago.

The multi-Grammy Award winning artist is in the middle of reimagining her discography. “Red (Taylor’s Version)” is the second album getting the redux treatment, following the April release of “Fearless (Taylor’s Version),” which debuted at No. 1 on the Billboard 200 chart.  She announced the ambitious project back in 2019 after Scooter Braun acquired her master recordings against her wishes. 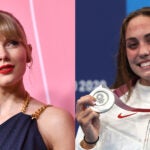