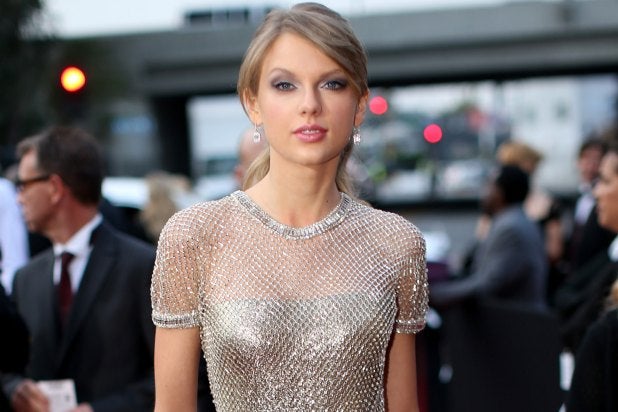 “Out of the Woods,” Taylor Swift‘s second single off of her upcoming album “1989,” soared to the top of iTunes on Tuesday. The synth-loaded pop song was co-written by Jack Antonoff, member of the band Fun and current boyfriend of “Girls” creator and star Lena Dunham.

Swift’s other current single, “Shake It Off” currently sits in the No. 2 spot on iTunes, after becoming the No. 1 song on the Billboard Hot 100 for two weeks.

“HOW. AM I. SUPPOSED. TO HANDLE THIS,” Swift wrote on her Instagram page with a screencap of her two tracks on top of the iTunes list.

“Out of the Woods” was released to the public at midnight with many assuming the lyrics of the song have to do with Swift’s relationship with One Direction member Harry Styles. She has not confirmed those claims.

The 24-year-old singer did tell Rolling Stone that the lyric, “Remember when you hit the brakes too soon/Twenty stitches in a hospital room,” was inspired by a real-life snowmobile accident she and an ex were involved in. The incident was never reported on in the media however.

“You know what I’ve found works even better than an NDA?” Swift said. “Looking someone in the eye and saying, ‘Please don’t tell anyone about this.'”