“Ted Lasso” topped the Television Critics Association’s list of nominees for its 37th Annual TCA Awards, with five nominations for the Apple TV+ comedy. When counting all platforms that received nods from the organization on Thursday, Netflix led the way with 15 total.

Just behind the Jason Sudeikis series in nominations were HBO Max’s “Hacks,” HBO’s “I May Destroy You” and “Mare of Easttown” and Disney+’s “WandaVision,” which grabbed four nominations apiece.

The TCA Awards’ top prize, Program of the Year, will come down to “Bridgerton,” “Hacks,” “I May Destroy You,” “Mare of Easttown,” “The Queen’s Gambit,” “Ted Lasso,” “The Underground Railroad” and “WandaVision.” 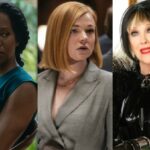 The awards ceremony’s usual in-person presentation has been scrapped for the second year in a row due to the pandemic, with winners expected to be announced by the TCA at a later date.

Per the Television Critics Association, “The 2021 TCA Awards showcase a diverse roster of TV content across a wide array of platforms and genres, spotlighting outstanding creators, series, and stars of the 2020-2021 TV season. More than 200 TCA members, professional television critics and journalists from the United States and Canada, nominate programming available on broadcast, cable and streaming outlets.”

“This was an incredible year for fresh, inclusive content and new creators, and our nominations are a reflection of that,” Melanie McFarland, TCA president and TV critic for Salon, said in a statement accompanying the nominations list. “The TCA membership selected from a wealth of original offerings that broke fresh ground and presented exciting, thought-provoking experiences that redefined the television landscape. Although we will not be able to honor these landmark achievements in-person, we look forward to celebrating 37 years of the TCA Awards and sharing our top picks when the winners are unveiled.” 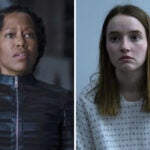 Below is the list of 2021 Television Critics Association nominees, excluding the Career Achievement and Heritage Award recipients, which will be announced along with the winners later this summer.

OUTSTANDING ACHIEVEMENT IN NEWS AND INFORMATION

PROGRAM OF THE YEAR

See below for the breakdown of nominations by network and show.