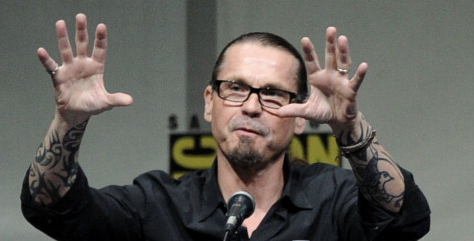 "Sons of Anarchy" returns with a Season 6 premiere next month that is going to shock people. We won't say what it is, but will say this: We're very surprised the show goes where it goes.

Speaking at a Television Critics Association panel Friday, creator Kurt Sutter said he talked with FX CEO John Landgraf about the storyline, which draws from hotly debated recent events. (And that's all the description we'll give.) Landgraf is know for giving his showrunners more creative freedom than they would likely get elsewhere.

"This is a story that I've wanted to do for a while and although it's controversial I wasn't not going to tell it because of that," he told TheWrap.

Sutter is known for pushing boundaries — have you read his @sutterink tweets? — and the storyline in the Sept. 10 episode promises to go further than ever.

"This is a story that is not being done to be sensational. I'm hoping that it's not spoiled and it's not leaked out in any capacity before the premiere, and that it is truly the catalyst for the final act of our morality play," Sutter said.

So don't Google SOA spoilers, okay? Sutter will tell the story better than that grumpy blogger can, and Sept. 10 is just over a month away.