“Everyone’s talkin’ about this weekend’s Saturday Night Live, and I gotta say, I don’t think I’ve ever been this excited for a guest. Love me some Brandi Carlile!” tweeted “Ted Lasso” on Friday, also referencing this week’s musical guest.

The account, which tweets in the voice of Sudeikis’ character Ted Lasso, has been delighting fans since it was created before the hit Apple TV+ comedy premiered in 2020. 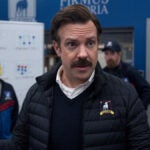 Also Read:
Ted Lasso Is Vengeance Instead of Sunshine in Remixed ‘The Batman’ Trailer (Video)

Like Ted Lasso himself, the tweets are typically wholesome, punny and littered with pop culture references and positivity. In a nod to the show’s slogan, the pinned tweet currently reads, “I believe in believe.”

It also often retweets messages from cast members, as well as its sister account @AFCRichmond.

“Not sure if anyone’s told you this Ted, but you have an uncanny resemblance to the guy who is hosting,” he wrote. “And I think he’s friends with Tina Feyhound who was in the running for our Richmond mascot. Small world!”

Other users commented with compilations of Sudeikis’ various “SNL” characters, with user @spectercollins writing, “is it just me or do you look exactly like this guy???” 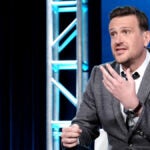 The comedy about a Midwestern football coach who, despite knowing nothing about soccer, moves to England to coach a professional team, aired its Season 2 finale episode on Oct. 8. A third season has already been confirmed, with talks for future seasons to come. The show racked up 20 Emmy nominations and 7 wins – including “Best Actor” for Sudeikis” – at the 2021 Emmy Awards.

How far will Sudeikis and the “Lasso” team take the joke? That’s to be determined on Saturday night, when he takes the stage at Studio 8-H – hopefully (fingers crossed) in Lasso’s signature track suit and visor. 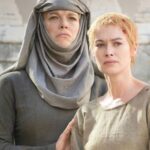