Telemundo is launching a business division that will be dedicated to developing shows for NBCUniversal’s Peacock. Telemundo is also under the same corporate umbrella.

Telemundo, which earlier this year formed a content studio that was exclusively focused on streaming, already has a development slate of more than 50 projects for Peacock. 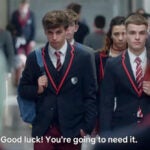 Also Read:
How Streaming Has ‘Opened the Floodgates’ for Spanish-Language Content

“The NBCUniversal Telemundo Hispanic Streaming division immediately unifies and amplifies our unmatched resources and reach to our audience across the company, accelerating our presence on Peacock and the entire NBCU streaming portfolio,” Ferrari said. “Romina is an experienced media executive with a clear vision and knowledge for developing relevant content for the Latino and general market that will serve our company-wide approach to programming for the Hispanic streaming audience.”

“Today, 1 in 4 Americans under the age of 35 is Hispanic and they are voracious content consumers across languages and across platforms,” Rosado said. “NBCUniversal, powered by Telemundo, is the only media company that can connect at scale on every screen with these 200%ers – Latinos who are 100% Latino and 100% American. I look forward to partnering with Peacock and creators across the industry to tell stories that connect and represent this dynamic and vibrant community.”

The overall signup tally is up from the 42 million subscribers that the company reported by the end of March. That’s well ahead of targets, as Comcast had previously projected Peacock would have up to 35 million subscribers by the end of 2024. That is a far cry from its competitors, led by Netflix with more than 200 million global subs and Disney+’s more than 100 million. WarnerMedia’s HBO Max, which launched shortly before Peacock did last spring, has more than 44 million subs between HBO Max and HBO. 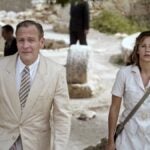