Hulu has renewed soapy college drama “Tell Me Lies” for Season 2, one month after the first season finale hit the streaming service.

“Tell Me Lies” documents the tumultuous relationship between then college students Lucy and Stephen as it unfolds over eight years, with its first season hinging on the mysterious death of Lucy’s first year roommate.

Though no official Season 2 release date or information about cast or plot are known, executive producer and showrunner Meaghan Oppenheimer told TheWrap before the renewal that a potential second season would showcase more of the characters’ adult years starting with the engagement party, while also picking up where the series left off in college.

Oppenheimer also teased in October that potential future episodes will shine a light on other ensemble characters, namely Diana and Bree, since “everyone wants a lot more Bree.” 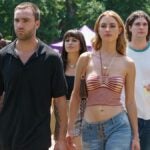 Adapted from Carola Lovering’s novel of the same name, Lovering served as a consulting producer in the first season. 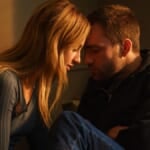 Also Read:
‘Tell Me Lies’ Cast and Character Guide: Who’s Who in the Steamy Adaptation? (Photos)

The news follows several other book-to-television adaptation launches from Hulu Originals, including “Tiny Beautiful Things,” “Washington Black,” “Saint X” and “Interior Chinatown.” “Tiny Beautiful Things” and “Saint X” are from ABC Signature, while “Washington Black” and “Interior Chinatown” are under 20th Television — which together make up Disney Television Studios.