Starz/Lionsgate and TheWrap teamed up to host the annual “Telling Our Stories” short film competition at this year Power Women Summit. From a field of submissions that included more than 800 entries, a group of finalists joined Daria Overby, executive director of creative diversity at Starz/Lionsgate, to discuss trends in culture and filmmaking.

Filmmakers Sergio Badillo, Radha Mehta, Jingjing Tian, Robin Noonan-Price and the team of Olivia Marie Valdez, Einar Soler Fernandez and Sandra Afonso Rodriguez spoke in front of the crowd about their projects, all of which focus on womanhood, community and representation.

Among those attending (all of whom are pictured above) were Sergio Badillo, the director of “Azul,” about the life of contemporary dancer Sofía Siller; Radha Mehta, whose “Being Gina” focuses on an advocate for mothers struggling with addiction; Jingjing Tian, director of “Mary Anne & Frank,” about gentrification as it related to senior citizens in New York City; Robin Noonan-Price for “Tell Me About Orange,” written by Rachel Ament, a tentative romance between a young woman and her blind best friend; and “The Weight of It,” made by Olivia Marie Valdez, Einar Soler Fernandez, and Sandra Afonso Rodriguez, about a breast cancer survivor who gains resilience through struggle.

“The Weight of It” was awarded the competition’s $10,000 prize, with a runner-up mention going to “Tha Magik Change,” a film about small-scale apparel businesses in the age of the pandemic, by Monami Roy (who was unable to attend the above Q&A). 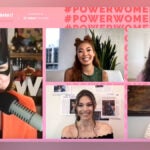 Also Read:
Onscreen Superheroes on What It Takes to Land Super Roles: ‘Ask for What You Want’ (Video)

Einar Soler Fernandez summarized the overall enthusiasm for storytelling about women while describing “The Weight of It,” which was partly inspired by her grandmother. “She had breast cancer twice and had to have a mastectomy,” she said. “In order to get a new, fake, silicone boob for her, it was very hard for her to adjust. But we reflected on [my grandmother] as this strong, independent, confident woman, despite all the things she’d been through.”

Sharon Waxman, founder and Editor in Chief of TheWrap, reflected on the diverse and impressive work of the short film lineup in the competition.

“The quality and originality of this year’s slate of “Telling Our Stories” submissions were unparalleled in terms of diversity, originality and impact,” Waxman said. “Once again, we’re honored to partner with Starz to spotlight the incredibly honest and brave work of Olivia Marie Valdez, Einar Soler Fernandez, Sandra Afonso Rodriguez and are excited to see what’s next for these talented filmmakers, as well as our other finalists.” 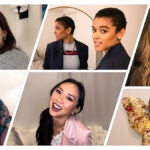 You can watch trailers for all the short films, followed by a conversation with the filmmakers, by clicking here.