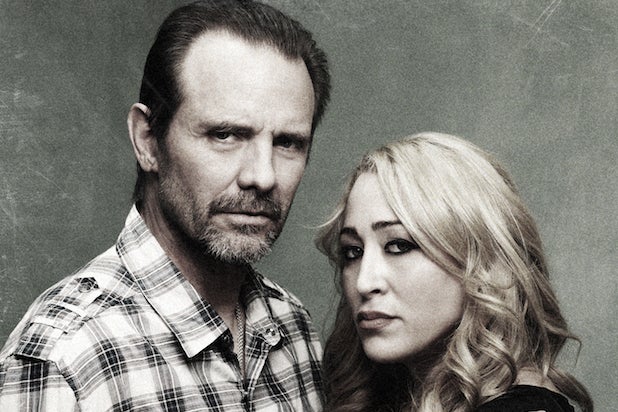 Blanc/Biehn Productions has started pre-production on the indie thriller “Mindless,” with executive producer Michael Biehn casting Ben Kurland (“The Artist”) alongside fellow rising star Hallie Jordan (“To the Bridge”), The Wrap has learned.

“We needed a versatile young actor with a wide range to pull this role off and I feel we found exactly that in Ben Kurland,” said Biehn, who hand-picked Kurland to play the male lead.

Described as being in the vein of thrillers such as “Memento” and “Side Effects,” the film stars Jordan as a young woman with amnesia who faces deadly consequences as she pieces together her past.

Making his feature debut, Jason DeVan will direct from a script by award-winning scribe Lobit (“The Things We Carry”), while Vance Crofoot (editor of Biehn’s directorial debut “The Victim”) will serve as editor and DP and director of photography.

The film is being executive produced by “Terminator” star Michael Biehn and his wife Jennifer Blanc-Biehn — via their company Blanc/Biehn Productions — along with Small Red Star Productions. Other producers include Heather DeVan, Ziff, Jordan, Dylan Matlock and Devon Biehn, who works closely with his father’s company on many productions.

Blanc-Biehn’s stepfather, Randy Chance, will provide the music for the movie, which starts production in May in Los Angeles. A former member of The Loving Spoonful, Chance has composed original music for many BBP productions.

Kurland is a Massachusetts native who auditioned for a role in Michel Hazanavicius‘ black-and-white charmer “The Artist” and wound up sharing scenes with Berenice Bejo and Malcolm McDowell.

“I have acted with Ben before and I am confident he will bring so much to this role that the fans and audience will be left guessing,” added Blanc-Biehn. “Jason DeVan is the perfect choice to make this thriller come alive and Hallie Jordan will make us all feel her pain.”

After starring in “Brighton Beach Memoirs” on Broadway and dozens of TV shows, Blanc-Biehn teamed up with her husband to co-found Blanc/Biehn Productions, which has ten films in their 2013-2014 pipeline, including a remake of the 2012 Chilean thriller “Hidden in the Woods.” She also hosts “Scared Stiff,” a new talk show on stream.tv.

Prior to “The Artist,” Kurland starred in the web series “CandyGirls,” which garnered more than one million views. He recently wrapped the horror comedy “Deadly Retreat” with Jonathan Bennett (“Mean Girls”).

Kurland is represented by Framework Entertainment and NTA.