There’s more plot and less whimsy than you might expect from a movie called “That Time I Got Reincarnated as a Slime the Movie: Scarlet Bond,” an underwhelming spinoff of the popular anime series adaptation of Fuse and Mitz Vah’s illustrated young-adult “light novel” series. This movie still resembles its source material, given its pile-on of high-fantasy characters and backstories.

Your mileage may vary depending on how much you like watching various ogres, orcs, and other magical creatures cast spells and breathlessly explain their supernatural powers’ range and limits.

Then again, “That Time I Got Reincarnated as a Slime: Scarlet Bond” lacks the light touch and anything-goes humor that usually make the series’s plot seem so fleet and dynamic. This movie doesn’t even focus that much on series lead Rimuru Tempest (voiced by Miho Okasaki), a sentient water-molecule-shaped slime who, in a former life, was a human named Satoru Mikami, but now casts spells and rules the Jura Tempest Federation’s forest kingdom with tempered, Solomon-like wisdom. 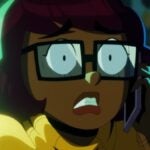 Newcomers might still enjoy this unusually self-contained story, which features some dizzying (if mostly sensible) explanations for the show’s complicated lore. But “That Time I Got Reincarnated as a Slime the Movie: Scarlet Bond” doesn’t compare well with its source material given its over-extended dramatic intrigue and general focus on one-note supporting characters.

This relatively straightforward mystery-adventure begins with a massacre: A noble ogre mercenary (Yuma Uchida) decimates a mob of belligerent orcs, then wakes up in a castle that’s run by Towa (Riko Fukumoto), Queen of the Kingdom of Raja. Towa shows kindness on the ailing monster and also gives him a name: Hiiro.

This gesture, as some essential dialogue explains (and as series fans already know), actually requires a considerable amount of magical energy, so Hiiro then spends the rest of the movie doting on Towa and worrying about the mysterious Curse Poison that’s slowly killing her. Rimuru helps to find potential solutions, but he often plays a secondary role in his own movie. 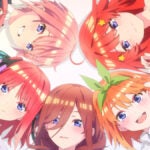 Fans of “That Time I Got Reincarnated as a Slime” also know that narrative and/or tonal consistency have never been among the show’s greatest strengths. A typical episode serves to complicate the latest potentially apocalyptic conflict with various sprites and monsters, including goblins and demons. Rimuru not only grows more powerful as he meets new people; he also learns how to be a more responsible and sociable person. He often chats up new characters, tries to understand their needs, and then problem-solves his way to the next densely overwritten encounter. Expository dialogue sets viewers’ expectations while also gently reminding us of the show’s kitchen-sink absurdity.

“That Time I Got Reincarnated as a Slime: Scarlet Bond” mostly lacks the animating unpredictability and sugar-rush energy of its source material. New characters like Hiiro and Towa don’t really share meaningful or immediately engaging exchanges with series regulars, like the perky (and amply endowed) demon bodyguard Shion (Mao Ichimichi) or the angsty ogre Benimaru (Makoto Furukawa).

Hiiro also lacks a strong emotional connection with Benimaru, his estranged brother, and Shion often seems to be along for the ride, since she mainly contributes action-figure poses and schticky running gags to break up the plot’s monotony. As for Rimuru and Towa — he seems adrift in his own narrative, and she mostly offers to sacrifice herself for others before she faints, rallies and then repeats the same cycle of behavior. 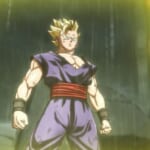 A general lack of narrative structure and character development might not seem like a fatal problem for an anime spinoff, especially one that, after two seasons, has already established its ever-mutating conceptual strangeness. But the various sub-plots never come together here like they often do in the show. You might be underwhelmed by “That Time I Got Reincarnated as a Slime: Scarlet Bond” if you’ve never watched this series before, since this movie doesn’t deliver enough twists, gags, or action to keep its hamster-wheel plot spinning.

It’s harder to know what anime buffs will think about “That Time I Got Reincarnated as a Slime: Scarlet Bond.” They might enjoy a series of callbacks, allusions, and brief on-screen appearances from series staples, like Veldora (Tomoaki Maeno), a ferocious dragon who, after transforming into a human-shaped demon, becomes obsessed with Japanese manga comics. Established fans might also feel underwhelmed since this movie has nothing to do with the second season’s cliffhanger ending, which sets up a new series of antagonists that aren’t featured or mentioned here.

“That Time I Got Reincarnated as a Slime the Movie: Scarlet Bond” opens in US theaters Jan. 20 via Crunchyroll.