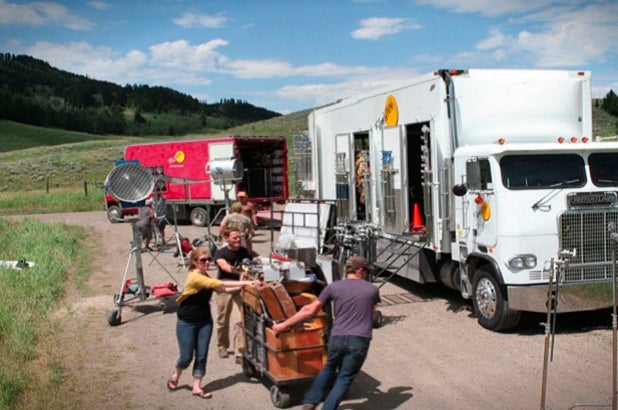 The bill to extend and expand California’s TV and film tax credit program has sailed through its early legislative tests, but there’s a big question remaining to be resolved before it hits Gov. Jerry Brown’s desk.

Still to be determined is just how much money will be set aside annually for the bill, which is designed to halt the bleeding as California’s TV and film production is siphoned off by other states and countries.

Insiders say that it could go as high as $420 million annually — four times the current amount — over a five-year period, which would put the state on par with New York, and other states that have gutted California’s long-time dominance in film and TV production with generous tax breaks. The exodus has cost California an estimated $410 million in state and local tax revenues, 47,600 jobs and $9.6 billion in economic output during the 2012-2013 fiscal year, according to a report issued by the Southern California Association of Governments in the spring.

But neither the bill’s authors — Assemblymen Mike Gatto (D-Los Angeles) and Raul Bocanegra (D-Pacoima) — nor Gov. Brown’s office or California Film Commission officials are willing to go on record in terms of the funding for AB1839 yet.

That’s in part because once the figure is set, it could become a lightning rod for opposition, particularly if it is on the high end. Most of the opposition is expected to come from Northern California, which stands to benefit less than Hollywood and Southern California, and teachers unions, who believe the money should go to education.

It’s a tricky proposition. If the bill is under-funded, the goal of putting California on an equal footing with its rivals will be missed and a great deal of momentum will be squandered; if too high, opponents could be mobilized to fight harder against its passage and Gov. Brown could balk.

Also read: Bobby Shriver on Raising California Tax Credit for Hollywood: ‘We Are Not F—ing Playing’

Matching or getting close to what New York and others offer is critical, according to Paul Audley, president of FilmLA, the non-profit permitting agency that tracks L.A.-area production.

“We need to send a clear signal to the film and TV businesses that California is willing to fight for this industry,” he told TheWrap. “That hasn’t been there in the past.”

California has in previous years been able to compete despite lower incentives because of some built-in advantages, including a vast network of post-production and visual effects companies and other vendors, like catering and lighting firms. Many of those companies have left to follow the exiting productions to other states however, and that’s created an economic nightmare, Audley said.

“We need to bring back high-quality projects to California, not just for the benefits of having them here, but to help stem the tide of losing infrastructure, which is critical. Time is running out and we need to make a stand, ” Audley said.

The measure is backed by a coalition of studios,  local governments, Hollywood labor unions and small businesses. In addition to upping the amount of money, the measure is also intended to be more inclusive. Movies with budgets greater than $75 million and network programs would for the first time be eligible under the proposed bill.

While it’s aced, its early tests in the Assembly and a Senate panel — without a dollar figure attached — Gov. Brown has remained noncommittal about whether he’d support any increase in the tax credit.

“Everyone is sort of holding their breath and trying to get a sense of his tolerance for a number,” Audley said. “It’s been difficult, because he doesn’t telegraph where he’s at.”

The last time Gov. Brown addressed the bill’s dollar figure was in January.

“We have to be careful because the desires are endless and they become needs very quickly,” he said. “There is a bit of an arms race between one state and another state. But I feel very loyal to the movie industry, and it’s part of California… We certainly want to keep as much production as we possibly can.”

The clock is ticking and while no one involved would confirm, it’s all but certain back-channel meetings between the bill’s authors, the Senate leadership and the governor’s office are under way. The target date for attaching a dollar amount is the middle of August, when the Senate Appropriations Committee is scheduled to take up the measure. If it comes out of that panel, the full Senate would be the next stop.

Amendments could be made on the Senate floor, but a final version of the bill will have to be approved by the end of August to be on Gov. Brown’s desk in time for approval this year.