The first three episodes of “The Afterparty” have dropped on Apple TV+, bringing fans into a star-studded murder mystery — complete with musical numbers. And series stars Ben Schwartz and Sam Richardson wouldn’t be mad if any of those songs took off.

Of course, the musical aspect of “The Afterparty” is more of a one-and-done situation. Episode 3 centers on Yasper (Schwartz), who dreamed of making it big as a Ska artist, and sees his entire life through a musical lens. He gets three songs in the episode: “Two Shots,” “Yeah Sure Whatever” and “Three Dots from Stardom.”

The first of those tracks is a rap duet, between Yasper and Aniq (Richardson). You can check out their full thoughts on performing together in the video above. 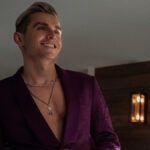 Also Read:
‘The Afterparty’ Trailer: Every Episode of This Apple TV+ Murder Mystery Is a Different Genre (Video)

“It was certainly a fun challenge, for sure,” Richardson told TheWrap. “‘Cause like, you know, that’s not my skill set, is not rapping and choreography.”

Richardson noted that there was definitely a lot of coaching involved, but it immediately became clear that it was necessary — and made all the difference. “Seeing how everything turns out on the monitors, and watching it play back, you’re like, ‘Oh, this is actually like a music video,'” he added. “So it’s incredible.”

Of course, Schwartz was partial to what he calls “the classics.” It was “Yeah Sure Whatever” that really notched a place in his heart. 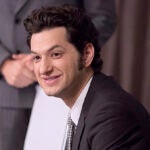 “I love them all. But ‘Yeah Sure Whatever’ had the most choreography and the most — I get picked up in it, and put over here, and I flip on something so that one was definitely the one that I was like, ‘Well, this is the monster one. If we get through this one, we’re good,'” Schwartz said.

And for what it’s worth, it would make Schwartz very happy if fans really did stream the songs after the episode.

“Can you imagine if any of these get, like, streamed a bunch? That would be so — it would be such a funny and wonderful moment,” he confessed.