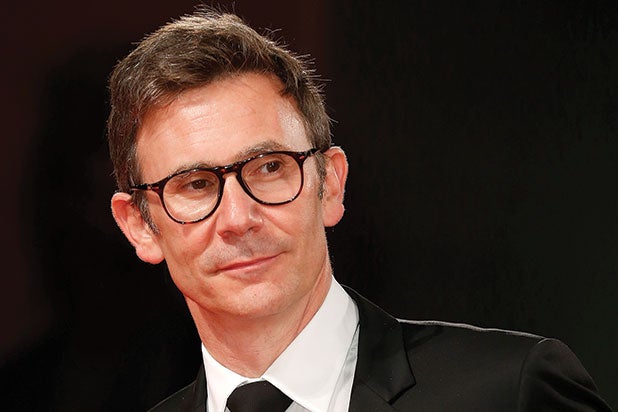 “The Artist” director Michel Hazanavicius has written an open letter to ISIS following the deadly attacks in Paris last Friday, and he argues no amount of terrorism will stop Parisians from enjoying life. Or having sex.

“Men and Women of the Islamic State: So that’s it, it’s official, you’re waging war on us,” the French filmmaker wrote in his native language on Facebook Tuesday night. “You must know that you’re not about to defeat us. It’s even impossible. Because whatever you do, you will not change us.”

“Here in France, what we love is life. And the pleasures that go with it,” he continued. “For us, between being born and dying as late as possible, the main idea is to f–k, laugh, eat, play, f–k, drink, read, take a nap, f–k, talk, eat, argue, paint, f–k, take a walk, do some gardening, read, f–k, give, f–k, sleep, watch movies, scratch our balls, fart to make our friends laugh, but above all to f–k, and eventually get a nice little handjob. We are the nation of pleasure, more than one of morals. One day, we may even name a plaza after Monica Lewinsky, and that will make us laugh.”

The filmmaker said that the country will unite to fight ISIS, although he knows that a lot of blood would be shed in the process of ridding themselves from the terrorist group.

“We will understand that these fundamental values are in danger,” he said. “And we will love them and make them live even more. Together. This is what fraternite is. Of course, we will not win either. People will die for nothing. Others will decide to back Le Pen, Assad or Putin to get rid of you, and we may lose two times over because of that. But you will not win. And those who remain will continue to f–k, to drink, to have dinner together, to remember those who have died, and to f–k.”