“The Bachelor” Zach Shallcross revealed he thought having two bachelors share the spotlight was a “possibility” for the California native’s upcoming season.

Though Zach admits dating 30 women alongside another bachelor would “look a little different” than Rachel and Gabby’s season, he notes that it wouldn’t differ “by much” and would be “very dynamic” if the cards had played out in this way.

“If that did happen, in reality, it would turn into a lot of a bromance, let’s be real,” he said. “A lot of the guys from last season, I absolutely love them — they’re great guys — and we all have each other’s back, through this, also outside of this.” 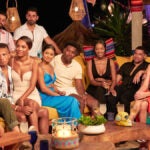 Also Read:
‘Bachelor in Paradise’ Cast Reveals Their Vote for Next Bachelor and Bachelorette

As for who would be his pick for a dream “co-bachelor,” Zach listed Bachelor Nation favorites Nate Mitchell, Ethan Kang, Daniel Tully and Tyler Norris, to name a few.

Though Zach courageously opened up about his weight loss journey during a date with Rachel on “The Bachelorette,” becoming the bachelor has exposed him to a whole new level of scrutiny — a transition Zach says was a “shock.”

“A lot of the criticism … for me now was the fact that there was not a lot [known] about me, and the negative comments come from that, which is unique,” Zach said. “Most people don’t go initially straight to the throat just because they don’t know you, but it was a little tough adjustment for sure, considering they haven’t gotten to know me yet.”

Despite the discouraging comments, Zach persevered in his own journey for love, which he admits “sometimes got a little choppy.”

“I really do think viewers are going to be really surprised with how things go. And they get to see insight into not only myself — who I am, my personality — but also all the women and bringing it back to the relationships,” Zach teased. 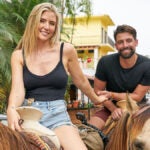 Also Read:
‘Bachelor in Paradise’ Finale: Danielle and Michael Reveal Why They Left Paradise Together
x