“The Bachelorette” leading ladies Gabby Windey and Rachel Recchia are setting the record straight on how they feel about their suitors getting to decide which of them they want to pursue.

“I don’t want you just to see me once on a previous season and think like, ‘Oh, this is for sure the ‘Bachelorette’ I’m going to connect with,” Recchia told TheWrap in an interview Tuesday. “They really needed to talk to both of us.”

Although Windey and Recchia revealed that they will start their shared season of “The Bachelorette” by dating the same initial pool of 32 men, the process by which the men will shift to dating only one of the women is a bit blurry. 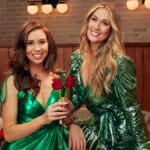 Also Read:
Bachelorettes on Rose Ceremony Cancellation: ‘There Was No Way to Truly Make an Informed Decision’

Although Windey and Recchia knew their season of “The Bachelorette” — the first time the franchise has two bachelorettes for the entirety of the season — would work a bit differently, they suspected that the men would enter “Bachelor” mansion with an idea of which woman they would want to pursue.

“We had an idea that men would come up with an idea of who they would want to get to know initially,” Windey told TheWrap. “If that stuck or not, I think, obviously depended on our interactions.”

Windey and Recchia were unsure when their suitors would make the decisions and tell them the results. So, they were both surprised — and relieved — when some of the guys chose to share their choice on night one.

“I feel like, for me, that it was going to happen for both of us at some point,” Windey said. “And I think we got to a point where we were ready almost to hear it because it did make you feel more secure in the relationship.” 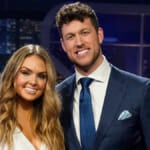 Also Read:
Clayton Echard Says He Is ‘Embarrassed and Disgusted’ by His ‘Bachelor’ Behavior: It Was a ‘Train Wreck’

As for when in their love journey the “Bachelorettes” wanted to hear the men make their decision, both women admitted they didn’t have a perfect timeline, leaving the choice up to “chemistry.”

“There’s so much you can’t really plan for so I feel like those conversations did pretty much happen naturally,” Windey said.

While Bachelor Nation will have to wait to find out what the rest of the season holds, night one gave the women “a first glimpse into [them] actually forming real connections,” according to Windey. “This is truly the beginning and we have space to grow from here,” Windey concluded.