This interview with “The Bear” cinematographer Andrew Wehde first appeared in the Below-the-Line issue of TheWrap’s awards magazine.

Among the many aspects for which FX’s “The Bear” received deserved plaudits when it debuted in June was its sweaty, tension-fueled sense of time and place. The place is a modern River North-area beef sandwich shop in Chicago, where professionally-trained chef Carmy (Jeremy Allen White) deals with the death of his sibling while simultaneously assuming managerial duties of the establishment. But it was in the penultimate episode of Season 1, “Review,” where the show put the viewer right into the machinations of the kitchen in an unbroken real-time shot that occupied nearly 18 minutes of the episode’s trim 21-minute running time. 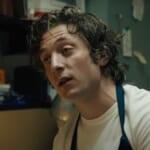 “The series was written as eight independent episodes and I don’t really know what jolted Chris (Storer, the showrunner) to rethink episode 7,” said cinematographer Andrew Wehde, who has worked on movies like Bo Burnham’s “Eighth Grade” as well as comedy specials for Jerrod Carmichael, Chris Rock and Ramy Youssef. “But there was a moment while we were filming Episodes 2 or 3 when he just kind of started asking me, ‘Is it possible? How long could it go? How many cuts?’”

The answer to the last question would be: zero. The sequence begins just moments after the episode’s short-film-like opening credits. It’s an edit-scarce sprint from the moment Carmy shows up to the restaurant, where the still-green, unprepared staff must contend with a new ordering system spitting out tickets totaling “78 slices of chocolate cake, 49 french fries, 54 chickens, 38 salads and 255 beef sandwiches due up in 8 minutes!” Cue lots of stress and colorful profanity (one of the show’s specialties), one staff walk-out and even an unlucky S.O.B. getting stabbed in the buttocks.

“A normal TV show takes five to seven days to shoot an episode, so you get all this time in between and the ability to redo takes,” said Wehde, who huddled with Storer and writer Joanna Calo to make the ambitious undertaking drum-tight. They planned three days of rehearsal with the actors going over the dialogue and events of the scene, while Wehde and his crew blocked areas and followed them with an iPhone to prep for the close kitchen environs.

While advances in style are to be expected as television has gotten more cinematic, this bold leap was nearly unprecedented. (For reference, the celebrated single-take scene in the first season of HBO’s “True Detective” is only six minutes long, only a third of this series’ achievement.) “(The actors) were doing probably the longest takes of their professional career in front of a camera and having to be ‘on’ whether they’re seen or not because these cameras were 360,” Wehde said. “I mean, even (Alejandro G. Iñárritu’s Oscar-winning film) “Birdman” openly admitted it was designed to have cuts (in its long takes). We never designed it to cut and there isn’t one.” 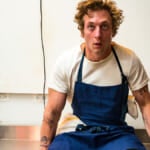 Also Read:
FX Orders Another Course of ‘The Bear’

The scene, Wehde said, was new territory for everyone involved. “I have always pushed directors to let a scene go as long as you can,” he said. “It’s a really powerful tool when done correctly. And we have such an amazing, talented group of actors. At the end of reworking things, they couldn’t wait to start. I haven’t ever seen that sort of intensity on set.”