Unpacking the interconnected cultures of New Orleans is no small feat. One mix that doesn’t get as much attention are the people of Bengali and African lineage, reflective of an influx of South Asians to Louisiana and other parts of America at the turn of the 20th century.

Author and New Orleans native Fatima Shaik is the granddaughter of an immigrant Bengali merchant named Shaik Mohamed Musa who, as was not uncommon when Indian men uprooted to segregated America, married a local African-American woman and blended into a welcoming Black community. Fatima never knew her grandfather — he died in 1919 before he could see his three children grow up — but she also grew up with little sense of her Indian heritage outside a treasured hookah of his that was lost in the Katrina flooding.

Katrina’s devastation, which took loved ones of Fatima’s, spurred her to better understand a piece of her family tree that felt like an unfilled space, and in the documentary “The Bengali,” from Kolkata-born filmmaker Kavery Kaul, we’re with Fatima as she travels for the very first time to India to trace her grandfather’s existence, and hopefully to meet new relatives. But the trip might also clarify family lore that nobody ever confirmed: in making a life for himself in New Orleans, did grandfather leave behind land he owned? 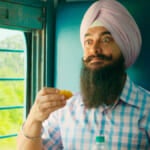 What sounds like a heartfelt journey of discovery is, however, not as deeply affecting as one would wish. It comes off as more of a wandering travelogue that only hints at richer insights into the bridging of cultures, preferring the comfort of an established trajectory to what seems, in bits and pieces, to have been an intriguingly uncertain quest.

There’s also an untapped awkwardness to Kaul’s participation as director and companion, a role which obviously shifted from an attempt to capture her subject’s culture adjustment, in a semi-staged, semi-vérité-style, to actively helping her protagonist find Shaik’s home village of Khori and conducting interviews separately with the residents there. Of course, there’s nothing wrong with any of these techniques or with blending them. But since Kaul’s role feels like its own complementary journey to Fatima’s, not seeing the American writer and Indian filmmaker interact or discuss their needs as searcher and chronicler feels like a missed opportunity for deeper engagement. (Kaul’s references to her own part of the story feel almost hesitant, as if she’d rather get back to not being a presence.) 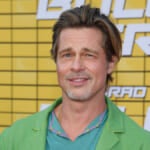 The most interesting aspect of “The Bengali” is a type of uneasiness Kaul is ready to centralize: the suspicions of villagers who have never met an American before, much less one who might disrupt their lives with a land claim. But somehow even this part of Fatima’s tour is treated like a light obstacle to be dissolved in the inevitable arc of bringing people together, rather than as a history worth investigating. Also only superficially examined is Fatima being the devoutly Catholic descendant of a Muslim man whose American wife was Christian.

There are indeed nice scenes of Fatima getting to know local women, each learning about the other and addressing perceptions and realities. But one wants to know more, both about these villagers and Fatima’s reactions to them. Instead, we get moments like Fatima teaching Khori girls about Second Line dancing; it’s endearing, for sure, but as if it were engineered to be so. 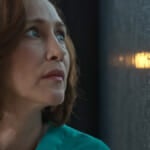 Even more perplexing is how the location footage seems devoid of any perspective about the area’s mix of poverty and rural beauty or about the people our foreign and behind-the-camera hosts meet. These images mostly act as connecting tissue and therefore land as backdrop instead of something considered and chosen. Better deployed is Nainita Desai’s score, a deliberate fusing of Indian and New Orleans sounds to suggest areas of harmony, but done with a light touch, as well as some impressionistic animation (by Maya Edelman) when Fatima narrates details of her grandfather’s acclimation to America.

There’s nothing about “The Bengali” that isn’t pointing toward a positive message about investigating your identity, and growing your family by finding who’s already there, so the ending is hardly a surprise. Uplift is fine, but it all still feels neatly wrapped for consumption. You’re left with the sentiment you’d get from a newsmagazine story instead of the emotional, searching saga that a writer who’s thought a lot about race, culture, history and family, and who ventures halfway across the world to explore it, would have to say in a feature documentary. Something tells me the off-camera conversations Kaish and Kaul had are more interesting than what we see in “The Bengali.”