Matt Damon likes vodka martinis, Saoirse Ronan gets her acceptance-speech tips by Googling Meryl Streep and Cate Blanchett isn’t sure where she can go as an actress after making “Carol.”

As always, the Palm Springs Awards Gala was a curious event — a glitz-fest whose longtime host, Mary Hart, seems more excited to shill for the jewelry Martin Katz has loaned her than the stars she’s there to introduce; a fundraiser for a film festival that for the rest of its run is actually more interested in booking international art films and intriguing indies than luring Hollywood stars; a stop on the Oscar campaign trail that takes place in the desert 100 miles east of Los Angeles, long a popular vacation, second-home and retirement spot for Hollywood, but not a hotbed of voters compared to events like the Governors Awards.

The event gave awards to five actresses (Alicia Vikander from “The Danish Girl,” Brie Larson from “Room,” Saoirse Ronan from “Brooklyn” and Cate Blanchett and Rooney Mara from “Carol”), four actors (Matt Damon for “The Martian,” Johnny Depp for “Black Mass,” Bryan Cranston for “Trumbo” and Michael Fassbender for “Steve Jobs“), one director (Tom McCarthy for “Spotlight”) and one ensemble cast (“The Big Short”).

Here are some of the other things we learned on Saturday night:

1. It’s all about the Oscars.
Palm Springs International Film Society Chairman Harold Matzner pointed out in his opening remarks that 28 of the 31 Palm Springs honorees during the last three years went on to Oscar nominations, and host Mary Hart showed a shaky grasp of the awards calendar when she insisted, “Right here is ground zero for awards season. It truly starts right here.”

In other words, the gala is really going after bragging rights and trying to predict what Oscar voters will do.

2. This is a perilous world.
While Matzner said there had been no specific threats directed at the event, he also said the security was tighter than ever before. The Convention Center, he said, was encircled by armed S.W.A.T. team vehicles, with every entrance guarded by police personnel. “That is not what we should have to do in America,” he said, “but it’s the right thing to do and we did it.” 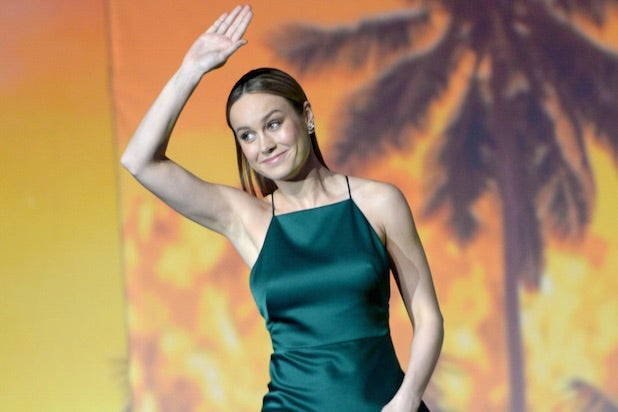 3. The Palm Springs audience is not necessarily the most film-savvy group.
The crowd in the cavernous Convention Center is filled with well-heeled locals and with tables bought by sponsors — not necessarily the kind of audience that would have rushed out to see indies like “Room,” “Brooklyn,” “Spotlight” and Carol,” or even one that listens too closely to the speeches from those films’ stars and creators.

“I’ve never been to a film festival that ignores its speakers as much as this one,” cracked a good-natured Christian Bale as he accepted the Ensemble Performance Award as part of the “Big Short” cast.

And after Larson’s speech accepting the Breakthrough Performance Award, Hart took the stage to say, “Can I tell you, those of you who have not seen [‘Room”] — and I would think that’s most of you — go see it.”

4. The year did not inspire passion.
Unlike in past years, the gala did not produce a single standing ovation for any of the honorees. In fact, presenter Helen Mirren, who gave the Spotlight Award, Actor to Cranston, may well have gotten the biggest ovation of the night.

And “Spotlight” director Tom McCarthy noticed something from the stage about the guy giving him the Sonny Bono Visionary Award, Michael Keaton. “He’s definitely gotten more applause than I have at this point,” said McCarthy. “That’s a little unnerving, but not unexpected.” 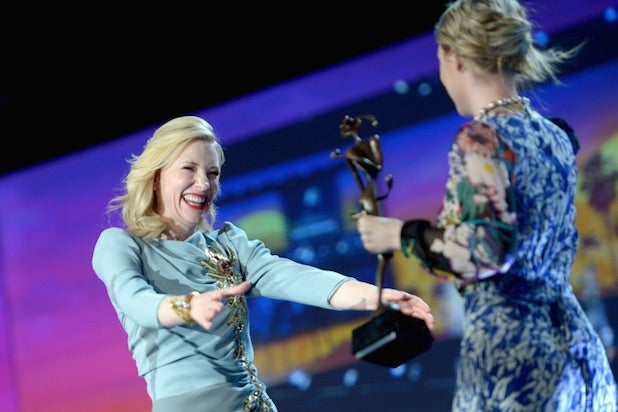 5. Cameraderie beats competition…
Inside the hall, Damon stopped to give McCarthy a hug when he walked by director’s table, and also shared Ridley Scott stories with Fassbender. In TheWrap’s studio before the gala began, Blanchett stopped to talk to Carell, Larson and Vikander chatted happily, and Ronan asked Tony winner Cranston for advice on her upcoming Broadway debut in “The Crucible.”

And on stage, Blanchett praised Ronan to the skies, Fassbender cited Frank Sinatra in calling Kate Winslet “a real broad” and Mara thanked Blanchett for treating her as an equal “even though I have not done nearly enough to deserve that.”

6. …But camaraderie has its limits.
“I think as an ensemble we can all agree that we all really hated Ryan Gosling,” said Carell during his portion of the “Big Short” actors’ acceptance. “And we’re all really happy that he’s not here to accept this award.”

Piling on, director Adam McKay mentioned the day on the set when he said Gosling “goaded me into taking my shirt off, and then got everyone to laugh at me. That was not a good day.” 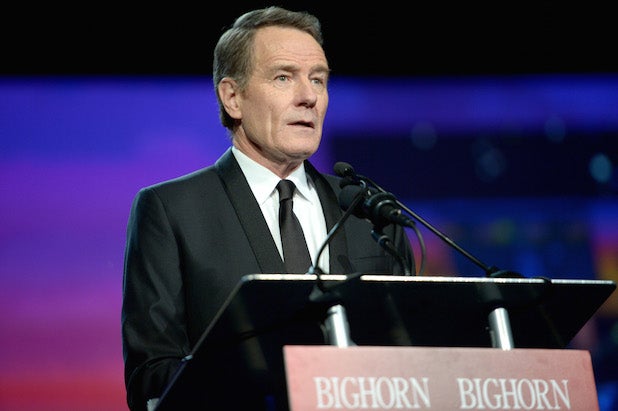 7. To Bryan Cranston, there’s only one Blacklist.
When the star of “Trumbo” accepted his award, his humorous speech grew serious at the end when he talked about the legacy of what had happened to Dalton Trumbo and other writers who had been jailed and banned from Hollywood in the 1950s for their political views.

“‘The Blacklist’ is not a show on NBC,” he insisted. “Also, the Blacklist is not that list that screenwriters want to get on, so that their screenplays will get sold. I’d like to see a change in that name.”

8. Business and art can be an uneasy combination.
When Fassbender accepted his International Star Award, Actor for playing the title role in “Steve Jobs,” he mentioned the film’s disappointing grosses, while noting another, far more lucrative production from the same studio. After thanking Universal Pictures for taking a chance on the risky, talky production, he said, “I believe you have a movie that will stand the test of time.” A pause. “Unfortunate about the box office figures, but thank God for ‘Jurassic World.'”

Desert Palm Achievement Award, Actor recipient Depp, meanwhile, gave a rambling speech, amusing and unfocused, which included thanking Warner Bros. for allowing him to take chances and do daring things with his character in “Black Mass.” Studios, he said, do not always embrace odd choices.

“I’ve experienced that unhappiness a bit from studios,” he said. “Is Michael Eisner here?” (The former Disney executive, who presided over the studio for which Depp made the “Pirates of the Caribbean” movies, was not.) 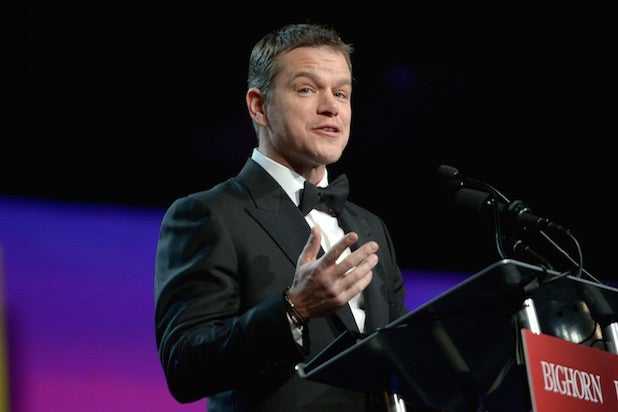 9. Did we mention this already? It’s all about this Oscars.
Accepting the Chairman’s Award. Damon opted to thank only one person in his speech: Ridley Scott, who directed him in “The Martian” and presented him with the award.

“He’s just a master director,” said Damon. “There are a handful of them on planet Earth, and he’s one of them. I thought he already had an Academy Award — he directed a Best Picture winner, ‘Gladiator,’ but he didn’t produce it … He’s given more than enough to cinema, and I hope that this is his year.”