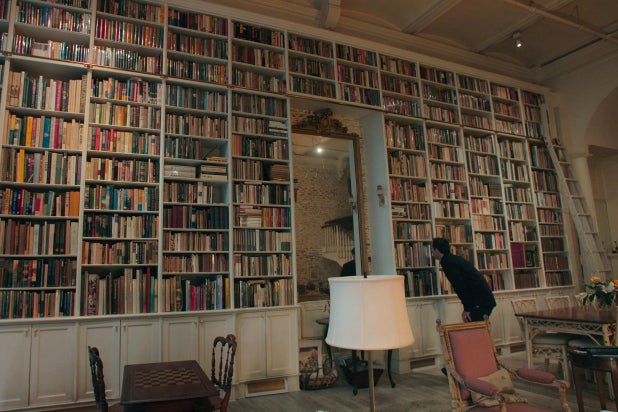 It may seem strange to suggest that the greatest discovery for bibliophiles this week is actually a movie. But as Maurice Sendak said, “There’s so much more to a book than just the reading.”

D.W. Young’s “The Booksellers” pays warm-hearted tribute to the reading, but also the shopping, the rifling, the obsessing, the complaining, the dreaming, the list-making, the shelf-organizing, and everything else book-lovers love to do.

Another one of those impulsive habits is the collecting of random and surprising facts, and we learn a great many of them in Young’s lovely documentary. But among the most notable is this: In the 1950s, there were 368 bookstores in New York City.

368! Today, there are 79. And admit it: even that number now sounds surprisingly high. Once, there were nearly half that many on 4th Avenue alone. Sadly, there is just one left — the venerable Strand. Young brings us there, and to as many of the other 78 as possible.

Among these are the beautiful Argosy, the city’s oldest independent bookstore. Founded in 1925 and filled with six floors of rare titles, antique maps, and esoteric artwork, it’s still standing proudly on 59th street because the Cohen family had the foresight (and means) to buy the building back when that was still a possible proposition. The three Cohen sisters followed their parents into the business, and just like Nancy Bass Wyden, who inherited the Strand from her father, their pride and dedication is palpable.

We also get to spend some time at the Walker Library of the History of Human Imagination, a stunning tribute to personal eccentricity built by Priceline.com founder Jay Walker. There are visits to the Schomburg Center for Research in Black Culture with Kevin Young, who is not only the center’s director but also the poetry editor of The New Yorker. We wander the crowded aisles of the Antiquarian Book Fair at the historic Park Avenue Armory, and travel to packed warehouses where dealers step around piles of books spilling from floor-to-ceiling shelving that can’t come close to containing them.

Young takes a straightforward approach, and if his style breaks no new creative ground, it’s certainly polished and appealing. So while the talking heads may not be presented in the most original fashion, every one of them seems genuinely delighted to talk about their favorite subject. It could be the collector with a Ph.D. in 16th-century Spanish lyric poetry, or it might be Parker Posey, who is not just a New Yorker and a memoirist, but also the movie’s executive producer. We hear from a guy who can’t wait to show us 24k jeweled book bindings, and from a hilariously dry Fran Lebowitz. All of them are linked by their passion, and Young, who is an experienced documentary editor, pulls us right in so we feel connected, too.

“The Booksellers” is a story of books, of course, and also of devotion. But it’s also very much a portrait of New York itself. Though Young leaves the island occasionally, his heart — and the movie’s — is in Manhattan. The characters, the quirks, the cramped Upper West Side apartments are all celebrated here with unapologetic ardor and, inevitably, with deep and bittersweet nostalgia. Because this is, to some degree, a tale of another era.

Young and his participants celebrate, and in some instances represent, a time when people got up at dawn to search flea markets, competing for first editions that couldn’t be found elsewhere. When they’d carefully pick the perfect paperback to make a commute bearable, or automatically stop by a corner bookstore on the weekend to unwind.

Some of that world is gone, for good. But the torch-bearers remain blessedly undeterred. Indeed, this year’s Antiquarian Book Fair is celebrating its 60th anniversary at the Armory right now. And after seeing “The Booksellers,” you’ll be a lot more likely to think about how to get there, and maybe a little less inclined to place that next easy order on Amazon.