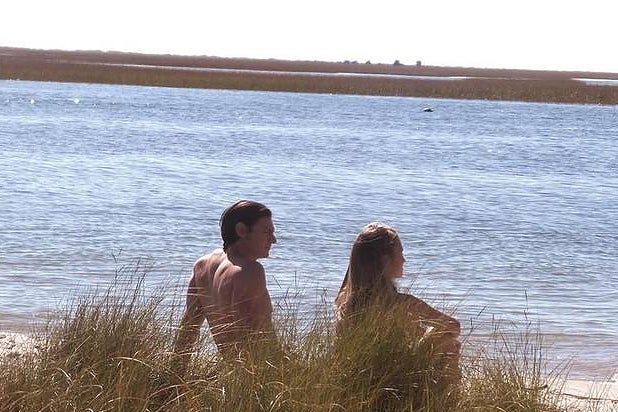 “The Choice” is Nicholas Sparks‘ 11th book to be adapted to the screen — and critics agree that “they should have stopped at No. 10.”

Currently holding a score of 6 percent on Rotten Tomatoes, “The Choice” overtook 2014’s “The Best Of Me” on Friday to become the lowest-rated Sparks movie. Critics say that the film is shallow, overlong and best watched with a “barf bag nearby.”

One critic even goes so far as to say that “The Choice,” starring Benjamin Walker and Teresa Palmer in the leads, is “filmed like an ad for erectile-dysfunction medication.”

TheWrap’s own film critic Dave White wrote in his review that “it looks very much like the author’s world, but it’s stripped of silliness, yearning and electricity. Its universe lazily collapses in on itself due to sheer monotony, its unseen yet omnipresent Sparksian Hand of God tires of playing with the cash-generating toy it patented.”

See 9 of the worst reviews below.

Caitlin Moore, The Washington Post:
“Sweeping Southern landscape? Check. Mismatched relationship between a rich girl and a laid-back boy (who often goes shirtless)? Check. A medical crisis that may determine the fate of the relationship? An overwrought plot twist? A repeated catchphrase that will soon be pasted across tweens’ Tumblr pages everywhere? Check, check and check. Such are the attributes of ‘The Choice,’ the latest book-turned-film from author Nicholas Sparks. But they’re also the hallmarks of almost every other movie based on the best-selling writer’s romance novels. (See: ‘The Notebook,’ ‘A Walk to Remember,’ ‘Dear John,’ ‘The Longest Ride,’ etc.) ‘The Choice’ is nothing if not consistent, following the well-worn footsteps of its predecessors.”
Sandy Cohen, Associated Press:
“While the photography is beautiful, at times it unfortunately adds to the cheese factor. When things get rough in Travis and Gabby’s relationship, the seas are choppy and grey. When uncertainty looms, the landscape is windy. It’s metaphor to the max. Romance stories endure because true love is endlessly appealing. But ‘The Choice’ might be too cloying for anyone but Sparks and Harlequin Romance devotees.”

Simi Horwitz, Film Journal International:
“Based on the novel by Nicholas Sparks (a publisher’s darling), ‘The Choice’ is a bloated deposit at the bottom of a dark, airless and murky netherworld that brings together the most torturous elements of old-fashioned soaps, fairytales and faith-based films. It’s as deadly and protracted as one might expect, running a little more than 90 minutes but feeling like four long, long hours.”

A. A. Dowd, A.V. Club:
“How many times, really, can someone repackage the same generic love story, presented with all the artistry of a travel-agency brochure and affixed with yet another third-act tragedy? Again and again, Sparks takes the stuff of great four-hankie melodrama — love, death, cute dogs — and grinds it into a formulaic mush. Ask more of your paperback romances. At least ask for a different one each time.”

Eric Henderson, Slant Magazine:
“Digging deep into shallowness requires someone wily and strategic like Gosling, who deftly balanced commitment and contempt in ‘The Notebook’ with Sirkian skill. Walker trusts his material entirely too much, and his performance falls down with ‘The Choice’ around him. (I don’t mean to shortchange Palmer’s team-player performance, but these films objectify their male leads to the point where the culpability of their female counterparts is extraneous. Maria Bamford could’ve played Gabby to the same ends.) It could be that all other Sparks adaptations managed to, if not hide, distract from their inherent jejunosity — to borrow from Woody Allen — through cardboard villains, but ‘The Choice’ doesn’t give viewers the, ahem, choice but to contemplate the banality of virtue.”

David Lewis, San Francisco Chronicle:
“‘The Choice’ has a twist or two toward the end, and they’re about as cheaply maudlin as the movies get. The only choice is to make sure a barf bag is nearby.”

Jordan Hoffman, The Guardian:
“At around the 90-minute mark, ‘The Choice’ makes a choice. It could, if it wanted to, just call it quits. By this point we’ve essentially witnessed a full three-act story, albeit a fairly slight one. It’s a courtship film with a few hurdles, reversals and, eventually, a happy ending. Ninety minutes is, as any film exhibitor will tell you, a suitable length for a feature. But The Choice is based on a Nicholas Sparks book, and produced by the same North Carolina-based author of vaguely Christian sentimental pap. And as is his trademark, the story can’t just be simple: it needs some sort of ludicrous last-minute conflict and ridiculous twist. The Choice chooses this well-worn path, give us about another 30 minutes, and we’re all the worse off for it.”

Gary Goldstein, The Los Angeles Times:
“‘The Choice’ is the 11th feature film to be adapted from a novel by bestselling author Nicholas Sparks. They should have stopped at No. 10. An inauspicious first production for Sparks’ nascent film company, ‘The Choice’ stretches a first act’s worth of low-concept romantic dramedy into two acts, then tacks on a tragic third act to create the movie’s raison d’etre. No spoilers here about said third act except to report it feels interminable.”

Jeannette Catsoulis, The New York Times:
“Directed by Ross Katz and filmed like an ad for erectile-dysfunction medication, ‘The Choice’ is almost repellently synthetic. Travis’s dog, Moby, however, should be given his own movie immediately.”