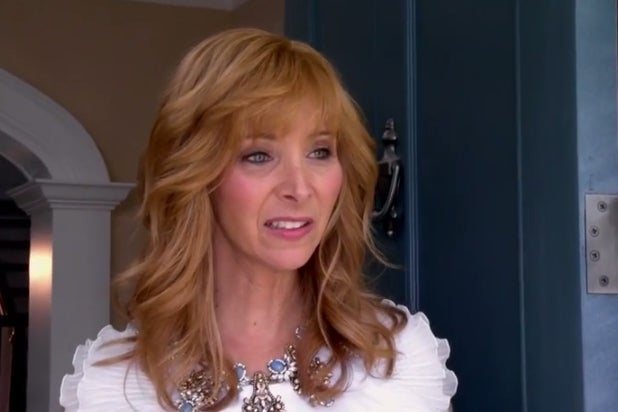 Isn’t it funny how time can make all the difference?

Such is the case with HBO’s reality TV spoof “The Comeback.” Nine years ago when the Lisa Kudrow-helmed comedy aired on the premium cable channel, it failed to find its footing and as a result, lasted a singular season.

Blame it on low ratings, being ahead of its time or an unfair comparison to its time-slot neighbor, “Curb Your Enthusiasm,” but “The Comeback” never took off the way it should have. That will likely change when the second season debuts Sunday, nearly a decade after Kudrow’s narcissistic but well-meaning character Valerie Cherish waved goodbye. Upon the show’s eight-episode return, expect a lot more depth, social and industry mockery and uncomfortable but brilliant laughs from Kudrow and wonderfully cast guest stars such as Seth Rogen, Andy Cohen and RuPaul.

While viewers don’t have to watch Season 1 — available on DVD and HBO Go — to get in on the laughs, it definitely doesn’t hurt. Not only does the first season include then relative unknowns Kellan Lutz and Malin Ackerman, but Kudrow’s performance and the tone of the show now come off as prophetic both in the reality TV realm and among comedies.

Oddly enough, “The Comeback” and the American version of “The Office” debuted the same year and employed the same breaking the fourth wall method. The only real difference is that Valerie was shooting both a sitcom and a reality show chronicling her attempted return to the spotlight. And “The Office,” of course, followed coworkers at a paper company. Oh, and the show didn’t get canceled after the first season.

Because of the critical and commercial success of “The Office,” other shows such as “Parks and Recreation” and “Modern Family” have benefited from allowing its characters to talk to the camera as well. Meanwhile, series such as “30 Rock” and “Veep” have proven that women can parody themselves with great comedic aplomb.

Then there’s the reality TV part. As Valerie points out in the Season 2 opener, when “The Comeback” was on, there was no “Real Housewives” franchise. The series’ Orange County incarnation, which started it all, didn’t launch until six months after “The Comeback” was off the air.

“And now people can’t get enough,” Valerie says. “You’ve got dancers, duck hunters and designers. Just the other night, I saw a show where it was just real people, sitting on a couch, watching a show and I thought, it’s official. They’ve run out of ideas.”

Adding to the layered punchlines “The Comeback” thrives on, Valerie is shown as an early cast member on “The Real Housewives of Beverly Hills” and even appears in a scene with one of its stars, Lisa Vanderpump. Of course, Valerie can’t imagine how the spinoff will do well and quits the show just before it becomes a hit.

When we catch up with Valerie, her second sitcom, “Room and Bored,” is long gone and she’s deeply regretting her hasty decision to leave “The Real Housewives of Beverly Hills.” She’s even pursued a dead-end business venture and infomercial for hair-care products specifically designed for redheads.

In a twist of fate, Valerie’s old boss and nemesis Paulie G. (Lance Barber, “It’s Always Sunny in Philadelphia”) publicly reveals his struggle with drug addiction and lands an HBO show called “Seeing Red.” The dramatic comedy follows his trials and tribulations and his time working with a neurotic sitcom actress named Mallory Church. Ha! See what they did there?

After Valerie catches wind of the project, she initially threatens to sue HBO but then ends up landing her latest comeback role on the show instead  — and comedy ensues. But instead of relying on easy and obvious material, this meatier, more confident version of “The Comeback” plumbs unexpected comedic depths.

Without giving too much away, the third episode for instance finds Valerie justifiably frowning her way through not one but two of Paulie’s really inappropriate and degrading sexual dream sequences on the new show. But the way in which the writers, Kudrow and Rogen (who is supposed to be playing the fictitious version of Paulie) creatively address the scenes is pure genius. Kudrow will get the Emmy win she missed out on the first season, for sure.

She isn’t the only one doing the heavy lifting for laughs. In addition to Barber, look out for the return of Damian Young as Valerie’s kind and put upon husband Mark; Robert Michael Morris as her trusted sidekick and hairdresser Mickey; Kudrow’s real-life producing partner and “Scandal” Emmy winner Dan Bucatinsky as her mercurial agent Billy and Laura Silverman as Jane, her needlessly discerning reality show producer.

Make no mistake, “The Comeback” earned its second season and celebrates its triumph, foresight and timing with twice as much depth, humor and awareness.