“Boys Don’t Cry,” but fans of The Cure may be weeping today. On Saturday, longtime bassist Simon Gallup said he is no longer with the band.

“With a slightly heavy heart I am no longer a member of the Cure !” he wrote on Facebook. “Good luck to them all …”

When asked if he is OK, Gallup commented that he is, but “just got fed up of betrayal.” The 61-year-old rocker did not elaborate further on what that “betrayal” was. 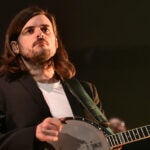 Gallup joined The Cure in 1979 and was the longest-serving member outside of lead singer and guitarist Robert Smith. He left in 1982 after a rift with Smith and returned two years later.

Gallup performed on 11 of 13 of The Cure’s studio albums, including 1993’s “Wish” and 2001’s “Bloodflowers,” which both earned Grammy nods for Best Alternative Music Album. “Friday I’m In Love” — perhaps their most well-known hit — was the second single off “Wish.”

There was no mention of Gallup’s departure on The Cure official website or social media accounts as of Monday. 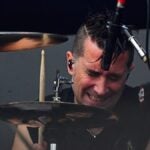