Noah’s final show is Thursday, Dec. 8. The comedian, who took over after Jon Stewart’s exit, is leaving hosting duties after seven years.

“As we enter Trevor’s final week, we want to thank him for his many contributions,“ said Chris McCarthy, President and CEO of Paramount Media Networks, in a statement. “Trevor redefined the show, as did Jon Stewart before him, and as we look to the future, we are excited to reimagine it yet again with the help of this incredible list of talent and correspondents along with the immensely talented Daily Show team.” 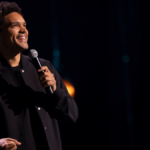 “The Daily Show” airs weeknights at 11 p.m. ET/PT on Comedy Central and streams the following morning on Paramount+. 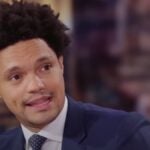 Also Read:
Trevor Noah Says ‘Maybe’ He’ll Get a Degree in IT After ‘The Daily Show’ Exit (Video)
x