Despite its title, there is very little mystery to Nicole Newnham’s straightforward but consistently compelling documentary, “The Disappearance of Shere Hite.” Indeed, although the name suggests a potentially-enticing enigma, it takes us down another path entirely.

The story of Shere Hite is very much of a piece with others we’ve seen recently, on subjects both as disparate and — in the way they were treated by press and public — similar as Princess Diana, Monica Lewinsky, Janet Jackson, and Britney Spears. In a decade, someone will undoubtedly make a comparable film exploring whether Meghan Markle’s current attempts to reclaim her narrative were more successful than those of her predecessors. (If the answer is yes, Markle herself will presumably be the one to make it.)

You may only dimly recognize it today, but from the late 1970s through the late 1980s, Hite’s was a household name. The film brushes (too) swiftly past her early childhood, beginning in earnest when she arrives in New York as a Columbia grad student. From her own journals, narrated by executive producer Dakota Johnson in an uncanny reflection of Hite’s impassive vocal style, we can see how this experience became the platform on which future successes and vexations stood. 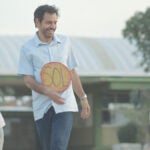 Patronized by male faculty, energized by female peers and galvanized by student loans, she began questioning long-held assumptions about sexuality. She posed nude to earn money and also to celebrate her own body. She connected her studies on the Enlightenment with nascent civil-rights movements. Eventually, she reached out to a widely diverse range of women across the country to find out what they thought on their feelings and sexuality, too.

The results electrified America. Her 1976 book, “The Hite Report on Female Sexuality,” compiled the thousands of responses she received. As it turned out, women’s sexuality had very little in common with long-held assumptions mediated primarily through men. The book was a massive bestseller and she became an instant celebrity. But she also received a ton of pushback, which built into an infuriated frenzy upon her 1981 follow-up, “The Hite Report on Men and Male Sexuality.” The concepts she was addressing publicly — orgasms, masturbation and infidelity, emotions, physicality and alienation — were considered so deeply, offensively inappropriate coming from a woman that she was vilified at every turn. 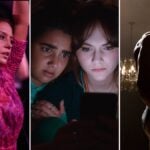 Whether because she believed so strongly in her work or because she was inexorably drawn to the spotlight( the evidence here strongly suggests both), Hite hit every daytime talk show available. So Newnham is blessed with a surfeit of footage, and she makes the most of it, building a damning if now exhaustingly familiar case of societal misogyny.

On one panel show, improbably called “Leave it to the Women,” four male hosts attack her incessantly. A young Oprah Winfrey appears shocked at the disdain Hite receives from an all-male audience. (One does have to wonder, of course, who approved the all-male audience.) An academic conference at Harvard is interrupted so a young man can smirkingly ask about her student Playboy spread. The media reports on it all; headline after headline mocks, sneers, and undermines.

Newnham, who also premiered the Oscar-nominated “Crip Camp” at Sundance, structures an absorbing biography without expanding past conventional genre formats. She tells the story chronologically, allowing us to see that as the outcry builds, her subject’s confidence falters. Hite appears to enjoy her renown, partying with other celebrities and becoming one of “New York’s radical chic.” But she’s also clearly unprepared for the nonstop anger directed towards herself and the work she considers objective, thoughtful and, most of all, essential. 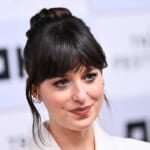 And indeed, we can see today just how essential it was. Hite viewed her books as very much entwined with other forms of activism. She went to Florida to fight Anita Bryant’s cruel campaign against gay rights (and lost), pushed for contemporary acceptance of “the F word” (“feminism,” and lost), and participated in marches to enshrine a woman’s right to choose (sigh).

But even in her defeats, she helped arm generations for future battles. Between Hite’s own words, her many televised appearances, and new interviews with friends and colleagues, Newnham shows us how current approaches to female sexuality, toxic masculinity, and LGBTQ+ acceptance traveled a path straight through Hite’s life and work.

As for that title, anyone hoping for a dramatic twist may be disappointed. If anything, the kick in the gut comes from the realization that her story was so thoroughly predicable. As her friend Kate Millett says, she was constantly criticized, censured, and censored. And while her efforts went a long way towards opening society, well, even pioneers hit an immovable wall eventually. The issue, we come to realize, isn’t that Hite disappeared — it’s that she was erased.

“The Disappearance of Shere Hite” review makes its world premiere at the 2023 Sundance Film Festival.