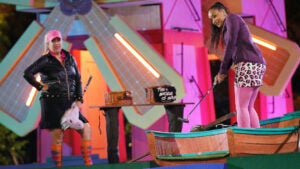 No other new series has equal(ized) CBS’ “The Equalizer” in 2021 ratings, but what is No. 2? Shortly before NBC’s Summer Olympics, it’s only appropriate that we hand out the silver medal to NBC’s “Law & Order: Organized Crime.”

With the benefit of the coveted post-Super Bowl LV time slot, “The Equalizer” launched to more than 20 million live TV viewers in February. Adding in the entirety of Season 1, and counting one week of (mostly) DVR viewing for each episode, the Queen Latifah crime drama averaged a 1.7 rating among adults 18-49 and 12.07 million total viewers. Backing out just the huge Super Bowl-aided premiere episode, the CBS series averaged a 1.2 rating and 10.61 million total viewers.

We’re harping on this after-the-Super-Bowl thing for good reason: Since the Super Bowl is (by far) the biggest telecast of the year every year — it also provides the best lead-in another TV show could ever dream of. Therefore, you should consider it somewhere between an honor and a vote of confidence when a network schedules that slot.

Of course, the giant launchpad doesn’t always work out in the long run, which CBS knows from its own very recent history. James Corden’s “The World’s Best” aired immediately following the Super Bowl in 2019, the last time CBS had the big game. Despite drawing 22.22 million live viewers following Super Bowl LIII, the talent-show competition was canceled after just one season.

“The Equalizer” and “Law & Order: Organized Crime” are already ahead of the game and renewed for second seasons.

Click here to see how “The Equalizer” and “The World’s Best” rank among the other post-Super Bowl shows since 1988.

So there’s a Feb. 7, 2021-less world in which the latest Dick Wolf procedural spinoff can somewhat fairly claim it was actually the No. 1 in the key demo — but it doesn’t come close to “The Equalizer’s” overall eyeball count. Nothing does.

Both “The Equalizer” and “Organized Crime” premiered in 2021. The third-biggest shows of the season, respectively ABC’s “Big Sky” in total viewers (with 7.35 million) and Fox’s “I Can See Your Voice” in demo ratings (a 1.2, which would be the same as Episodes 2-9 of “The Equalizer”), both debuted last fall. 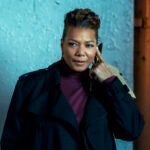 Also Read:
‘The Equalizer’ Kept More Viewers Than Any Post-Super Bowl Show Since 2013