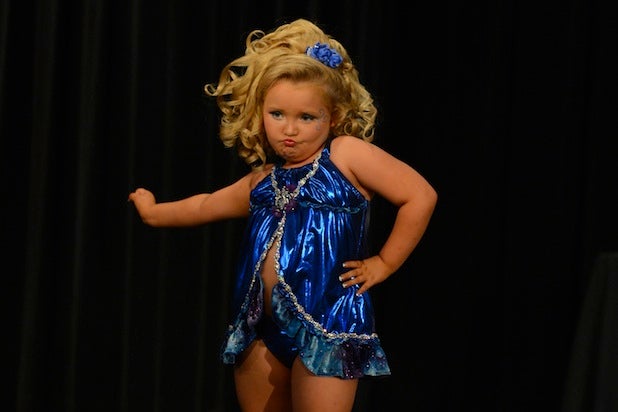 A shift is occurring in reality television.

Networks are beginning to look at their programming slates and realizing that the celebration of American subcultures like “Jersey Shore,” “Teen Mom,” “Hoarders,” “Here Comes Honey Boo Boo” and “Duck Dynasty” are losing viewers. That’s enough motivation on its own to make a change.

But when you add in the risk factor of these nonfiction stars’ unedited beliefs and lifestyles getting out to the world, networks are also finding that the costs to their brand are outweighing the benefits.

TLC’s recent bout with “Here Comes Honey Boo Boo” is a timely example. Viewers tuned in to this “Toddlers & Tiaras” spinoff to watch how the other half lives and discovered that they talk about one other’s flatulence, rarely eat unprocessed foods and are OK with a missing tooth or five. Their general lifestyle is characterized by what most would consider ignorance or bad behavior.

So why is anyone surprised that family matriarch June Shannon – aka Mama June – could decide to date someone who was convicted of molesting a young relative of hers?

“Paula Deen’s views are seen as odious,” TruthCo. president Linda Ong, whose company has been studying reality TV since 2010, told TheWrap. “[Duck Dynasty’s] Phil Robertson‘s views are considered intolerant. The Benham Brothers views are considered out of step. So, the culture is asking: why are we celebrating these people? Same thing with Mama June.”

One of the reasons we’re seeing more and more reality TV controversies is one of the core problems of televised entertainment: its tendency to copy successful formats. In this case, if networks continue to replicate downmarket shows, the sheer number makes it more likely for controversy to occur.

“It’s up to the networks to stop enabling these people and move on,” Ong advised. “That’s really what it needs to do in order to grow. It has dug itself a hole and, really, now it’s coming up and biting them in the butt. Stop copying, that’s my advice.”

TLC’s swift decision to cancel “Here Comes Honey Boo Boo” is indicative of the times to come. It has learned some lessons from the controversies before it. A&E, for example, was ridiculed for its back and forth when Robertson was under fire. They were accused of hedging for their No. 1 rated show. There was no such waffling on the part of TLC. It released a statement within a couple hours and made its decision to cancel the show in less than 24 hours.

“Duck Dynasty” would go on to suffer from a double-digit decline in viewers. Was the damage to A&E’s brand worth it?

Ong said that the culture is becoming increasingly progressive and reality shows have to reflect that movement with programming that looks for real answers to real problems.

The branding expert also pointed to shows like FYI’s “Marriage at First Sight,” which uses psychologists and other experts to match two people who marry and then have 30 days to decide if they want to divorce. It’s the antithesis of shows like ABC’s “The Bachelor,” which asks participants to pick their own matches and reflects the very real fact that half of all marriages end in divorce. Clearly, we have a hard time picking our life mates.

She also referenced the new wave of naked shows, again the very opposite of the gruff, bearded men we’ve seen populate shows like “Duck Dynasty” and “Pawn Stars.”

“You see guys on those shows being completely vulnerable,” Ong said. “That’s a shift from the men we’ve been seeing in reality TV who are flaunting their masculinity.”

VH1 was the first to air a naked dating show here in the U.S. VH1’s executive vice president of original programming and production, Susan Levison, told TheWrap that she was attracted to the authenticity the show brought out in its participants.

“[The nudity] was really a storytelling device that was about something — the search for true love and what happens when you throw away your inhibitions,” Levison said. “I loved the fact that it was a big hook and it was noisy but also that there was something real and authentic driving it.”

And there’s Bravo’s “Extreme Guide to Parenting,” which looks to parents who are trying a variety of different methods to keep their children well behaved – again searching to fix a problem with which many people wrestle in real life.

Networks are being proactive about the death of the downmarket shows. TruTV, for example, just unveiled its new comedy-centric rebrand.

“The rebrand was really driven by a desire for TruTV to break out and to break away from its sort of derivative nature into new areas that felt relevant to audiences,” the network’s president and head of programming, Chris Linn, told TheWrap.

There again, we hear the idea of shows having relevance to viewers. The culture no longer wants to watch TV shows about people exhibiting bad taste, bad behavior and creating problems. It wants solutions – and networks are starting to give them what they want.