Set photos from the production of “The Flash” movie in London has seemingly revealed a first look at Ben Affleck’s Batman (or at least his stunt double) which features a serious upgrade to the Batsuit along with a Batcycle. Check out the set photos.

Last year, Director Andrés Muschietti elaborated to Vanity Fair in an interview on what Affleck’s return means to “The Flash.” 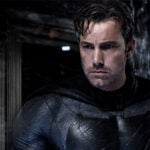 “His Batman has a dichotomy that is very strong, which is his masculinity–because of the way he looks, and the imposing figure that he has, and his jawline –but he’s also very vulnerable,” Muschietti said. “He knows how to deliver from the inside out, that vulnerability. He just needs a story that allows him to bring that contrast, that balance.”

“He’s a very substantial part of the emotional impact of the movie. The interaction and relationship between Barry and Affleck’s Wayne will bring an emotional level that we haven’t seen before,” Muschietti added. “It’s Barry’s movie, it’s Barry’s story, but their characters are more related than we think. They both lost their mothers to murder, and that’s one of the emotional vessels of the movie. That’s where the Affleck Batman kicks in.”

Ben Affleck’s Batman is not the only Batman to return, as Michael Keaton has also returned to the role of Batman from the 1989 Tim Burton film, as TheWrap first exclusively reported.