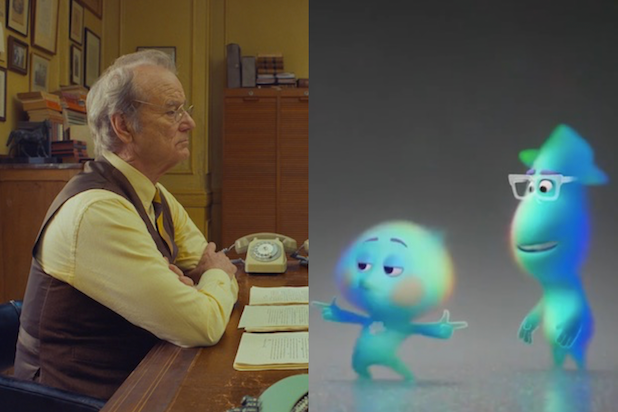 Wes Anderson’s “The French Dispatch,” Pete Docter’s “Soul” and two films from Steve McQueen, “Lovers Rock” and “Mangrove” (both from his anthology series “Small Axe”), are among the films that would have gone to this year’s Cannes Film Festival if it had taken place, Cannes organizers announced at a press conference in Paris on Wednesday.

While the prestigious festival itself will not happen, those films and 52 others in the 2020 Official Selection will bear the Cannes 2020 label, a way the festival plans to highlight films that would have been chosen to screen in Cannes this year and have committed to trying for theatrical releases by the end of the year.

Other filmmakers who will be represented on the virtual Croisette include Thomas Vinterberg (“Another Round”), Francois Ozon (“Summer of ’85”), Naomi Kawase (“True Mothers”) Im Sang-soo (“Heaven”) and Viggo Mortensen, whose Sundance premiere “Falling” is also on the Cannes list.

The festival was originally scheduled for May 12 through May 23 in the South of France, but the physical gathering was canceled when the coronavirus prompted a ban on public events in the country. Still, Cannes general delegate Thierry Fremaux said in a letter posted on the festival’s website that “cancellation has never been an option,” so the festival’s bookers continued to view the 2,067 films that were submitted for consideration, the first time ever that more than 2,000 films had been submitted.

The films chosen includes 15 from first-time directors, the largest number ever in the Official Selection. Of the films chosen for the festival, 16 are directed by women, up from 14 last year, 11 in 2018 and 12 in 2017.

The festival also includes 21 French films, eight more than last year. Of those 21, eight are directed by women.

The festival plans to help showcase its Cannes 2020 films at other film festivals that will take place this year, including ones in Venice, Telluride, Toronto and New York, as well as Sundance in 2021.

“To be adamant in our decision to deliver an Official Selection is ultimately, for the Festival, the best way to help cinema, as well as focus on the films that will be released in theaters in the coming months,” read Fremaux’s letter posted on the Cannes website, in part. “The reopening of cinemas, after months of closure, is a crucial issue. The Cannes Film Festival intends to accompany these films and support their careers in France and abroad, as well as confirm the importance of theaters as in what makes the value of the Seventh Art. We know that many festivals are taking the same position …

“Many other festivals around the world have expressed the desire to welcome the Cannes 2020 selection films. The Cannes Film Festival will soon unveil how it will operate next fall. Traditionally, successive festivals such as Locarno, Telluride, Toronto, Deauville, San Sebastian, Pusan, Morelia, Angoulême (for French cinema), New York, Rome, Rio, Tokyo, Mumbaï or Mar del Plata and even Sundance have invited the films of the Official Selection. They will do it again this year with the active support of Cannes and its teams. As we did last year, the Festival will present one or two films together with ACID (Association du Cinéma Indépendant pour sa Diffusion), one of the Festival’s parallel sections that will also announce a selection. The Critics’ Week will also announce its own selection. Finally, Lili Hinstin, the Locarno Festival’s director wanted to be the first to welcome Cannes films (before she too was unfortunately forced to give up), and we also spoke with Jose-Luis Rebordinos, the director of the San Sebastian festival, who decided that the films included in the Cannes 2020 Official Selection could also compete in San Sebastian. He changed the rules, just for us. Exceptional circumstances, exceptional measures.

All the Movies Suspended or Delayed Due to Coronavirus Pandemic (Updating)

As the coronavirus continues to spread, an increasing number of movies are delaying or suspending production. As the number of impacted movies grows, TheWrap felt it would be most informative to keep a running list.