Between them, you’ve definitely heard the work of composers (and brothers) Harry and Rupert Gregson-Williams in film and TV projects such as “Wonder Woman,” “The Crown,” “The Chronicles of Narnia: The Lion, the Witch and the Wardrobe,” “House of Gucci,” “The Alienist,” “Catherine the Great” and a large swath of the Adam Sandler oeuvre. But only recently have they decided to join forces to become a double-threat, on HBO’s recently renewed, turn-of-the-century hit “The Gilded Age.”

However, this series is not their first duo effort. “Our first experience was with George Clooney; I’m not sure how the opportunity came about,” Harry said. “But ‘Catch-22’ [for Hulu] was our first foray into co-composing with each other. And, you know, it takes a while to feel out each other and how we how we would deal with the various obstacles and how we would get the most creative juices out of each other. But we actually had some fun on that. And we didn’t kill each other,” he adds with a laugh.

“When we came on, we were probably five months from broadcast,” Rupert said, referring to HBO’s talked-about drama series. “And so, they had almost pretty much edited each episode by the time we came on.” That proved to be a relief to the Gregson-Williams brothers, as this was a massive project with no end to the number of sets built and costumes flow in to recreate 1880s, with moneyed families (among them, actors Carrie Coon, Christine Baranski, Cynthia Nixon and Morgan Spector) jockeying for status in the ever-changing physical landscape of New York City.

“We’re an integral part of the storytelling,” Harry said. “We had to find the right thematic material before actually trying to score individual moments in the series. We talked with the filmmakers about the possibilities of music, and then we went away and started creating music, trying to find the color, the tone, the vibe of this thing, and experiment before taking it to the creators [Julian Fellowes and Michael Engler].”

“We’re in America, where industrialists are taking over,” Rupert said of the period designation and the method for getting in that mindset. “And there’s a very exciting power struggle between businessmen, and money is speaking loudly. And then there’s the old the old crew that had been running the country for 150 years. For us, that was really what the story was all about. It wasn’t really about a period; it was more about the struggle between old and new.”

And this being an HBO project, they did not have to worry too much about accompaniment. “HBO were very accommodating and generous, and we probably could have had whatever we’d asked for within reason,” Rupert said. “But it seemed appropriate to have a nice chamber orchestra. So, I’m guessing somewhere around 50 [pieces]. In fact, it was during COVID, and I think 50 was the max anyway. So, one time we did a COVID Max, I think.” 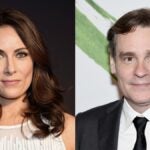 According to the Gregson-Williams brothers, music seemed to be omnipresent in their growing up, and they’re well aware that it is a rarity to work alongside a sibling for such an intimate process, let alone in an industry where they possess the exact same job. Harry, who is five years older than Rupert, said, “We played music through our childhoods and our parents were musical,” to which Rupert added, “I was the youngest. And so, Harry and another brother got to play the violin before me. I think we had a little quartet with my sister playing clarinet or something.”

And now they are collaborating on a major TV drama that, unfortunately, does not have the schedule luxuries of a major motion picture, which is the musical milieu they are mostly accustomed to. Harry said, “Last year I did two movies for Ridley Scott, one [“The Last Duel”] probably had an hour of music. And ‘House of Gucci’ had considerably less because it had a lot of songs, right? But both those movies took me three or four months each. There’s probably 45 minutes of music in each of these 10 episodes [of “Gilded Age]. So yeah, TV is definitely a breakneck speed, and that was not something I’m used to. I’m just really happy to have my brother to show me the work. He’s done a bit more TV than I have, so he was probably more prepared for it.”

Rupert is very much in agreement on this fact. “Once you get onto the treadmill of an episode, you’re recording one, having a first look at another, and getting notes on another. You just need to be prepared, especially with something as intricate as this. So yeah, like Harry says, it was good to have two of us for sure.”

“The Gilded Age” is now streaming on HBO Max. 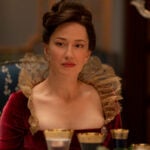