There was a time when “Glee” dominated pop culture, and as a result, a reality competition spinoff was briefly in the spotlight as well. But, according to some of the contestants on “The Glee Project,” that spinoff series actually fostered “a lot of trauma.”

In a new oral history with Insider, former winners and runners-up of “The Glee Project” — including Damian McGinty, Samuel Larsen and Lindsay Pearce — admitted that the reality show was pretty emotionally damaging at times, saying that the producers “manipulated” the young contestants into storylines they wanted to see on screen.

“It was abuse, whether they thought it was or wasn’t,” Pearce, who had a brief arc as Harmony “the Gerber baby” on the show, said. “They made a successful reality television show, but the cost was high for some of us.”

Pearce recalled two specific moments on the show, in which she was involved directly. One involved “Vulnerability Week” on the show, where “they sat us down and essentially asked us to tell them our deepest, darkest secrets.” 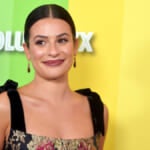 Pearce discussed being sexually assaulted, and how she felt that, to process that trauma and the emotions around it, “I had to put on a front.” But, the actress says that the whole story didn’t end up making the show.

“The cut is me saying people like me because I’m pretty, which makes me feel fake. That was gut-wrenching, ’cause I wouldn’t have shared my experience if I knew how it’d be edited,” Pearce said. “It didn’t fit the narrative that they were trying to make.”

That said, Pearce told Insider that she doesn’t “hold any hatred or harbor any resentment” for the show or its creators.

Former contestant Cameron Mitchell was also unhappy with some of how his story was edited, after the show claimed he quit because of his religious values. In reality, he left because of a series of incidents, beginning with his “Baby It’s Cold Outside” video shoot with Pearce.

In shooting the video, Pearce kissed Mitchell at the end — something he did not know was coming, and was not OK with, considering he had a girlfriend at home. According to Pearce, she was instructed by the producer to do so, only to immediately realize she’d “been played.” 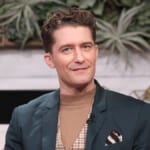 Also Read:
Matthew Morrison Denies ‘Blatantly Untrue’ Accusations Behind ‘So You Think You Can Dance’ Firing

“That’s where the strings of producers started to twist,” Mitchell said. “They were like, ‘Oh, that’s a hot topic for Cameron. How can we push his buttons even more?'”

When Mitchell was later asked to kiss a different contestant during a shoot, that was the final straw that pushed him to leave the show.

Pearce and Mitchell’s fellow contestant Abraham Lim also spoke on the piece, agreeing that there were plenty of good moments on the show, but they were mixed in with the “traumatic” ones.

“There were so many great elements of the show, but it was also really anxiety-inducing and there was a lot of trauma,” Lim said. “Trauma bonds were made.”