“Deadpool” and “Terminator: Dark Fate” filmmaker Tim Miller — who has been developing an adaptation of “The Goon” for over a decade — announced the news during Collider’s Directors on Directing panel at San Diego Comic-Con 2022.

Miller also announced that the film will be directed by Patrick Osborne, who won an Oscar for directing the Disney animated short film “Feast.” He said Osborne and comic creator Eric Powell are currently working on the adaptation.

An adaptation of “The Goon” was first announced in 2008, to be produced by Blur Studio (founded by Miller) and David Fincher. A Kickstarter was launched in 2012, and the film was eventually set up at 20th Century Fox in 2019, only to be dropped after the Disney/Fox merger.

Osborne most recently co-directed the Billie Eilish concert documentary “Happier Than Ever: A Love Letter to Los Angeles.” 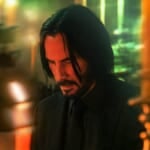