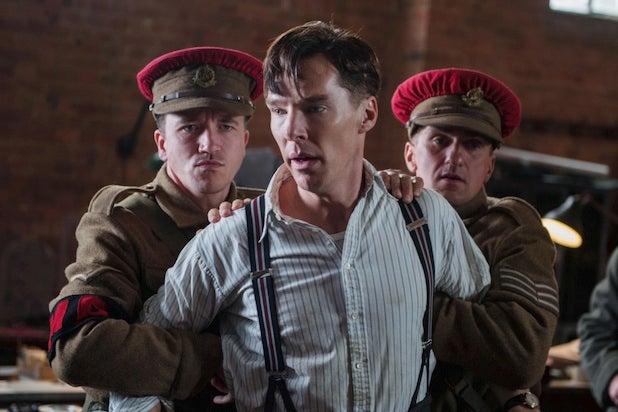 The Venice, Telluride and Toronto Film Festivals have come and gone, and the New York Film Festival is nearing the midway point — but for fall movies and awards contenders, the festival road trip is never-ending.

The latest festivals to chime in with their programming lineups are a pair of highly regarded regional fests: the Savannah Film Festival in Savannah, Ga., and the Napa Valley Film Festival in Northern California’s wine country. And for the Weinstein Company’s Toronto-winning, Oscar-contending “The Imitation Game,” a stop is in order in Savannah in late October and Napa Valley in mid-November.

Another film in the Weinstein family, RADiUS/TWC’s “Escobar: Paradise Lost” starring Josh Hutcherson and featuring Benicio del Toro as the Colombian drug lord Pablo Escobar, will also show up at both festivals.

Other notable films that will screen in Savannah between Oct. 25 and Nov. 1 include Victor Levin’s “5 to 7,” a love story with a cast that includes Anton Yelchin, Berenice Marlohe, Frank Langella, Glenn Close and Eric Stoltz, and the fest’s opening-night film; Disney’s new animated adventure “Big Hero 6”; Bennett Miller’s “Foxcatcher,” Tommy Lee Jones‘ “The Homesman” and the Dardenne brothers’ “Two Days, One Night,” which premiered in Cannes; Barry Levinson‘s “The Humbling,” a Philip Roth adaptation with Al Pacino and Greta Gerwig; and Damien Chazelle’s Sundance hit “Whiplash.”

The Napa Valley festival will open with “The Imitation Game” on Nov. 12, and also will include a gala screening of Mike Binder’s “Black and White,” with Kevin Costner and Octavia Spencer; “Alex of Venice,” actor-turned-director Chris Messina’s drama starring Mary Elizabeth Winstead; “Match,” a Broadway adaptation with Patrick Stewart, Carla Gugino and Matthew Lillard; “The Last 5 Years,” Richard LaGravanese’s film from the off-Broadway musical, with Anna Kendrick and Jeremy Jordan; “The Better Angels,” with Jason Clarke and Diane Kruger in director A.J. Edwards’ story of the childhood of Abraham Lincoln; the documentaries “Glen Campbell: I’ll Be Me” and “Supermensch: The Legend of Shep Gordon”; and back-to-back screenings of the “Him” and “Her” versions of Ned Benson’s “The Disappearance of Eleanor Rigby.”

Additional information about the Savannah Film Festival program can be found at http://filmfest.scad.edu.

The Napa Valley Film Festival lineup is at http://nvff.org.