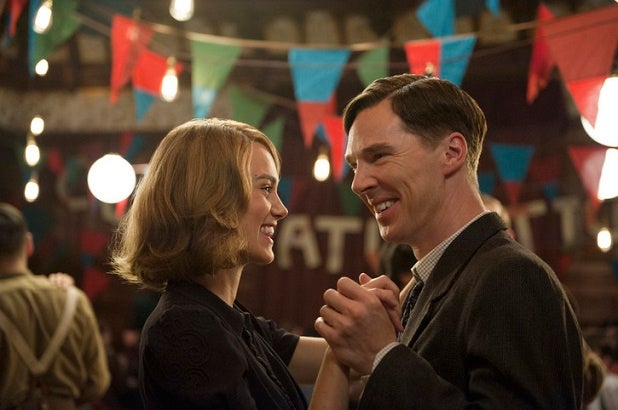 “The Imitation Game” has been named the best book-to-screen adaptation of 2014 at the USC Libraries Scripter Awards, which took place on the USC campus on Saturday night.

The film is considered the odds-on favorite to win the Best Adapted Screenplay Oscar – though the Scripter award went not only to screenwriter Graham Moore, who was nominated for the Oscar, but also to Andrew Hodges, who wrote the book that Moore adapted.

“The Imitation Game” beat two of its fellow Oscar nominees, “The Theory of Everything” and “Inherent Vice.”

The other two Scripter nominees, “Wild” and “Gone Girl,” were not nominated for screenwriting Oscars.

The award is chosen by a jury of writers, filmmakers, journalists and academics. Past Scripter winners include “12 Years a Slave,” “Argo,” “The Social Network,” “Slumdog Millionaire,” “No Country for Old Men” and “Children of Men.”

Although for most of its first 25 years the Scripters rarely chose the film that would go on to win the Oscar for Best Adapted Screenplay, the Scripter jury has gotten less idiosyncratic and more mainstream in recent years. In six of the last seven years, Academy voters and the Scripter jury have agreed.

Because the Scripter goes to the screenwriter and the author of the original work, its nominees typically include a few writers who are not normally part of awards season – including, in this case, reclusive novelist Thomas Pynchon, who wrote the book on which “Inherent Vice” is based.

Of the nine different authors who received Scripter nominations this year, only three attended the ceremony. Moore and Anthony McCarten, the screenwriters of “Imitation Game” and “The Theory of Everything,” respectively, were on hand, as was Cheryl Strayed, who wrote the book on which “Wild” was based.

Missing from the event were “Gone Girl” novelist and screenwriter Gillian Flynn; “Imitation Game” writer Hodges; Jane Hawking, both the subject of “The Theory of Everything” and the author of the memoir on which the film is based; “Inherent Vice” screenwriter-director Paul Thomas Anderson; and, not unexpectedly, Pynchon.

The black-tie dinner took place in the Edward L. Doheny Jr. Memorial Library on the USC campus in Los Angeles, and was also a fundraiser for the USC Libraries.