The Kardashians keep on winning.

On Monday, a Los Angeles jury decided that the famous family was not at fault in defamation and contract lawsuits brought against them by Blac Chyna.

The Kardashians had been at the trial for almost the entire duration but Monday night were in New York for the Met Gala. Blac Chyna was in court for the verdict but “had no visible reaction,” according to reports. 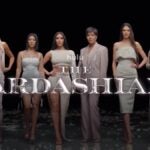 Also Read:
How to Watch ‘The Kardashians': Where Is the New Reality Show Streaming?

According to Chyna, the Kardashians (specifically Kris Jenner, Khloé Kardashian, Kylie Jenner and Kim Kardashian) slandered her and interfered with E! network, the former home of “Keeping up with the Kardashians,” who were producing her show “Rob & Chyna” about her relationship with Rob Kardashian. (Executives testified that the show ended because their relationship ended.)

There was enough drama in the nine-day trial to probably warrant an entire season of “The Kardashians,” which much of that time devoted to a December 2016 altercation between Rob and Chyna that involved her putting a gun to his head and wrapped a phone charger cable around his neck. Most of the proceedings were about whether or not, following the attack, the Kardashians lobbied to get the show canceled, while lying about what actually happened.

Also, midway through the deliberations, the judge threw out the allegations against Kim.

Jurors could have decided that some of the family members were at fault, while others weren’t. Instead, the jury found no fault with the family.