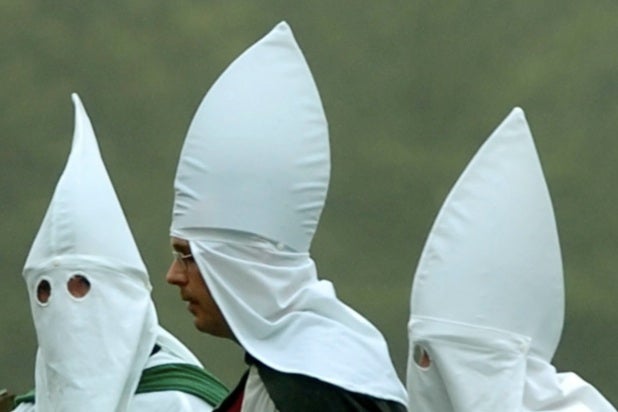 The KKK has been threatening to go after Ferguson protestors ahead of the impending Michael Brown grand jury decision. This weekend, hacker-activist group Anonymous went after them through Twitter.

First, the @YourAnonNews hacked into the KKK’s website, taking it down (it’s back up now).

16 NOV 2014 09:11:47 You should’ve expected us. #OpKKK continues to be a success. Freedom will prevail. pic.twitter.com/FUrNzBpVOa

It seems like the Anonymous group still had control of the KKK Twitter as of early Monday morning, teasing an announcement for Monday evening.

UPDATE: Anonymous will release a statement on THIS account tomorrow at 03:00 GMT (21 hours from now) regarding the seizing of this account.

The Twitter hackery comes after members of the KKK based near Ferguson started distributing flyers threatening “lethal force” against protestors when the grand jury decision in the case of Michael Brown gets handed down.

MSNBC host Chris Hayes had the group’s leader on his program last Wednesday. The segment lasted under four minutes, and Hayes received brushback from viewers and social media for giving the hate group’s leader a national TV platform.

“I knew some, even many of our viewers, would not like it,” Hayes told TheWrap.

The grand jury decision in the Brown case could be announced as soon as this week.