HBO Max subscribers may have been surprised to learn on Friday that Ridley Scott’s historical drama “The Last Duel” is now available to stream, one day shy of three months since the film was first released in theaters.

While “The Last Duel” appeared in a promo video released by HBO Max at the end of 2021 touting 2022 releases, the film hit the streaming service with surprisingly little fanfare given the speed with which the 20th Century Studios title was made available on streaming.

An individual with knowledge of the situation points to an amended agreement between Disney and WarnerMedia as the reason why “The Last Duel” is currently streaming on HBO Max and available on HBO On Demand. While an existing 10-year agreement signed in 2012 saw 20th Century Fox films land on HBO and HBO Max during the Pay 1 window (i.e. the first window of time in which a film can be licensed to play on a TV channel like HBO or Starz), that agreement was adjusted for 2022 to include Hulu and Disney+ in co-exclusive rights to a selection of titles from 20th Century Studios and Searchlight Pictures.

Under the agreement, HBO/HBO Max retained Pay 1 TV window exclusivity on some of the slate through the end of 2022, although the deal is unlikely to be renewed – after 2022, 20th Century Studios and Searchlight Pictures titles will likely stay within the Disney family through Disney+ or Hulu streaming debuts.

Currently “The Last Duel” is only streaming on HBO Max, but an individual with knowledge of the situation tells TheWrap the film will eventually be streaming on Hulu as well. In another example of this co-streaming agreement, on Feb. 23 the 20th Century Studios release “Free Guy” will be streaming on both HBO Max and Disney+ at the same time. 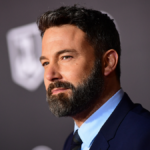 As part of the amended agreement, the Pay 1 window was also shortened – which is why “The Last Duel” is already streaming.

The R-rated “The Last Duel” – which stars Matt Damon, Adam Driver, Jodie Comer and Ben Affleck – grossed just $30 million worldwide after being released in theaters in October. Director Ridley Scott subsequently blamed younger “audiences who were brought up on these f—ing cell phones” for the film’s box office failure. Affleck, who co-wrote the film with Damon and Nicole Holofcener, was more measured in his assessment of the film’s financial failure: “I’ve had bad movies that didn’t work and I didn’t blink,” Affleck told EW. “I know why people didn’t go–because they weren’t good. But I liked what we did. I like what we had to say. I’m really proud of it. So I was really confused. And then to see that it did well on streaming, I thought, ‘Well, there you go. That’s where the audience is.’”

“The Last Duel” was released to purchase via Digital retailers on Nov. 30 and hit Blu-ray and DVD on Dec. 14, but now all HBO Max subscribers have access to the film, which recounts the true story of one of the last sanctioned duels in world history. Set in Medieval France, the film is told from three points of view as a woman accuses her husband’s former friend of sexual assault. The story unfolds from each perspective in three different chapters.