The Vox Machina crew may love boozing and brawling, but in new footage for “The Legend of Vox Machina,” they seem to be out of places to do the former.

In a glimpse at the new animated Prime Video series, we find the gang in the immediate aftermath of their latest chaos. Though Vex (Laura Bailey) makes a valiant attempt at talking their way out of things, the tavern keeper isn’t buying it: “Don’t even try it. Money. Now,” they say.

Well, with only three pieces of silver to their names, the members of Vox Machina can’t exactly pay for their damages –and they get thrown out. So, does that mean maybe they’ll try doing some good now? Pike is hopeful but gets shot down real quick.

You can watch TheWrap’s exclusive clip of “The Legend of Vox Machina” above. 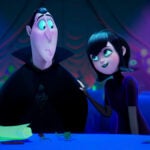 “The Legend of Vox Machina” is based on the characters and stories of Critical Role’s first livestreamed tabletop role-playing game (RPG) campaign. As they continue to search for options to pay off their mounting bar tab, the crew ends up on a quest to save the realm of Exandria from dark magical forces — so maybe they’ll do just a little good for people.

Of course, any quest has its hurdles. And because we’re in Exandria, that’ll include “a sinister necromancer” and “a powerful curse.” 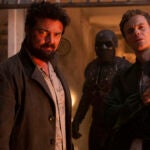 The series premieres on Prime Video on Jan. 28, dropping its first three episodes. From there, three more episodes will be released weekly.