“The Lion King” prequel film has cast “The Underground Railroad” star Aaron Pierre as a young Mufasa and also added “Waves” star Kelvin Harrison Jr. to its voice cast as “Taka,” an individual with knowledge of the project told TheWrap.

Barry Jenkins is directing “The Lion King” follow-up film, which is another live-action film after the blockbuster remake from 2019 as directed by Jon Favreau.

Production is already underway on the untitled prequel film, which will explore the origin story of Mufasa and the mythology of the other animals that populate Pride Rock. Like Favreau’s film, the movie will be in a “live-action” style created through photorealistic animation and computer generated imagery. 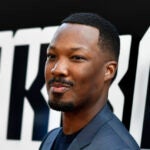 Jeff Nathanson, who wrote the screenplay for the 2019 remake, is returning as the screenwriter on the follow-up.

Producing the film are Barry Jenkins’ partners at his banner PASTEL, Adele Romanski and Mark Ceryak.

James Earl Jones famously voiced Mufasa in the original animated “The Lion King” from 1994, and he was the sole voice actor to reprise his iconic role in the remake. The 2019 film featured a voice cast that included Donald Glover, Beyoncé, Seth Rogen, John Oliver, Billy Eichner and Chiwetel Ejiofor, and it wound up making $1.6 billion at the global box office. 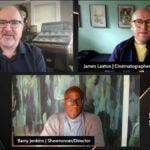 “The Lion King” prequel is Jenkins’ feature film follow-up to his film “If Beale Street Could Talk,” and he’s also the director of “Moonlight” and the Amazon series “The Underground Railroad.”

In addition to reuniting with Jenkins after appearing in “The Underground Railroad,” Pierre was also recently seen in M. Night Shyamalan’s “Old.”

Kelvin Harrison Jr. will next be seen in “Cyrano” from director Joe Wright and Baz Luhrmann’s “Elvis” biopic.