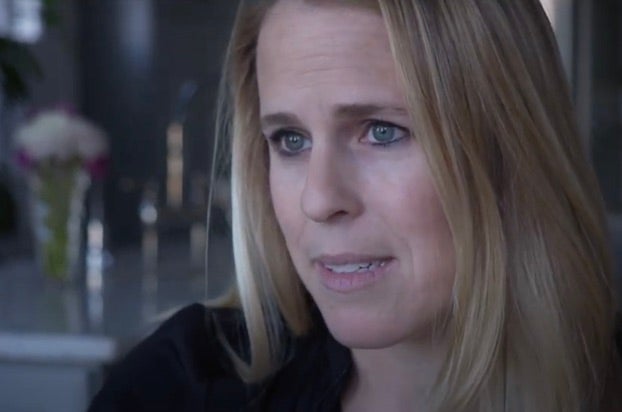 If you’re looking for some old-fashioned nonpartisan outrage, where anger or sadness isn’t dependent on political leanings or party affiliation, you can find it in “The Longest War,” the sobering Afghanistan documentary by Greg Barker that premieres Sunday on Showtime.

The film is a dissection of U.S. military involvement in Afghanistan, the longest running war in U.S. history and a morass with enough blame to go around to leaders of all affiliations. That much is made clear in the first few minutes of the film, when a reverse timeline shows the last seven presidents – Trump, Obama, Bush, Clinton, Bush, Reagan and Carter – all promising things that didn’t happen.

Comprehensive and clear, the film tells a story of U.S. involvement that is infuriating at times, befuddling at others and mostly just sad. “My heart hurts for these people,” says CIA “targeter” Lisa Maddox of the Afghans at one point, “because I just don’t see how this ends.”

The film’s executive producers are “Homeland” creators Alex Gansa and Howard Gordon, who have set their show’s final season in Afghanistan, with “The Longest War” premiering after their series’ penultimate episode. It’ll be the second movie directed by Barker to premiere in three days; “Sergio,” a narrative film inspired by his 2009 documentary of the same name, landing on Netflix on Friday.

Apart from the new “Sergio,” Barker’s entire career has been in nonfiction, with his other films including “Koran by Heart,” the Emmy-winning “Manhunt: The Inside Story of the Hunt for Bin Laden” and “The Final Year,” about foreign policy in the last year of the Obama administration.

His storytelling style is methodical but well-paced as he trots out an array of journalists, American and international officials in the military and intelligence communities and Afghan citizens. And the patient, chronological telling is necessary to make sense of a conflict that goes back to the Soviet invasion of Afghanistan in 1979 and has turned into as much of a quagmire for the Americans as it was for the Soviets.

Over the years, the U.S. worked through Pakistan to arm and back the rebels who were fighting the U.S.S.R. and who succeeded in driving out the Soviets after 10 years; then stood back and watched the Taliban rise to power under a promise that they would purify and reunite the country under Islam; then became interested in the country after the terrorist organization Al Qaeda formed there under the leadership of Osama Bin Laden; then went into the country in full force after 9/11, only to turn its sights to Iraq in 2003 and let its operations in Afghanistan slide further into chaos.

“The Longest War” tracks the comings and goings, the changes in attitude and in tactics. One instructive juxtaposition: During the Clinton administration, the CIA had an opportunity to kill Bin Laden, but the president had signed an order stating that they could use “lethal activity” against the terrorist leader, but only if the purpose of the activity was not to kill him. Only a few years later, after 9/11, the CIA not only had orders to kill Bin Laden, at one point it was asked to kill him, cut off his head and ship it back to the U.S. One operative said he wondered, “Where am I gonna find dry ice in Afghanistan?”

The Obama administration finally mounted an operation that found and killed Bin Laden, but it also stepped up a campaign of drone warfare that killed numerous civilians at a time when the Taliban seized major territory for the first time in more than a decade.

The film touches briefly on Donald Trump’s proclamation when he took office that he could win the war in a week, but it’d involve killing 10 million people and wiping Afghanistan off the map. But by that point, the focus of the film isn’t on one man’s silly boasting, but on what a 2019 Washington Post investigation documented as 18 years of U.S. officials misleading the public about their operations in Afghanistan.

“It wasn’t even mission creep,” says one military officer of the complete lack of a plan in the country. “It was mission fantasy.”

One after another, the film’s talking heads describe the mess that Afghanistan has always been for outsiders – and as if to underline the disorientation, most are filmed in empty rooms and framed to show vast open spaces behind them.

The one who receives different treatment is the CIA operative Maddox, who is positioned as the conscience of the film. Before the narrative begins, she gets an intro that shows her in her daily life as a mother of young girls; it’s the kind of setup not afforded any other of the film’s subjects. So when she says her heart hurts for the Afghans at the beginning of the film, or when she returns to that theme near the end and says, “I don’t see how this war could be won,” we’re meant to listen and, crucially, to feel.

We do, even as the film tries to end on a note of something other than hopelessness as it points out that the age of its citizens makes Afghanistan the youngest country outside of Africa. But if its future is in the hands of its youth, will they ever have the opportunity to build a new society from the wreckage of decades? “The Longest War” can plant some seeds of hope, but it can’t make them grow.