The Netflix drama “The Lost Daughter” has won the 34th annual USC Libraries Scripter Award as the best screen adaptation of 2021, with the award going to writer-director Maggie Gyllenhaal and to an Italian author who writes under the pseudonym Elena Ferrante.

The Scripter Award goes to both the writer of the screenplay and the author of the work on which it is based, so Gyllenhaal shares the honor with the prolific author who published the novel in 2006 and whose refusal to reveal her true identity has sparked a number of investigations into who she (?) might actually be. Ferrante did send Gyllenhaal a thank-you statement to read at the ceremony.

Jane Campion’s “The Power of the Dog,” an adaptation of a 1967 novel by Thomas Savage, was considered the Scripter favorite. The win by “The Lost Daughter” was a rare case of Campion’s film faltering in the awards race, where it is a frontrunner with 12 Oscar nominations, the most of any film.

Also Read:
Jane Campion Shot a Different Ending for ‘The Power of the Dog’ – Here’s What It Was

Writer-director Danny Strong and author Beth Macy won the Scripter Award for the best television adaptation for the “The People vs. Purdue Pharma” episode of the Hulu limited series “Dopesick,” based on Macy’s book “Dopesick: Dealers, Doctors, and the Drug Company That Addicted America.”

Also at the ceremony, writer and director Barry Jenkins received the USC Libraries Literary Achievement Award “for his contributions to cinematic storytelling,” which include his film adaptations “Moonlight” and “If Beale Street Could Talk” and his limited series “The Underground Railroad,” which was a nominee in this year’s TV category.

The Scripter Awards typically take place in the Edward L. Doheny Jr. Memorial Library on the USC campus, but the COVID-19 pandemic caused the organizers to move the ceremony online for the last two years.

Winners (and nominees) are chosen by a committee of a few dozen critics, writers, producers, journalists and academics chaired by screenwriter, USC professor and former WGA, West president Howard Rodman.

The Scripter Award was established in 1988. The winner of the Scripter went on to win the Oscar for Best Adapted Screenplay 10 times in an 11-year stretch between 2008 (“No Country for Old Men”) and 2018 (“Call Me By Your Name”), but the two awards have not matched since then. Over the last three years, Scripter Awards went to “Leave No Trace,” “Little Women” and “Nomadland,” while the adapted-screenplay Oscars were won by “BlacKkKlansman,” “Jojo Rabbit” and “The Father.” 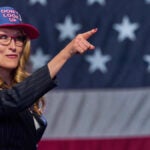 This year, three of the Scripter finalists — “The Power of the Dog,” “The Lost Daughter” and “Dune” – are also nominated for Oscars. The other two, “Passing” and “The Tragedy of Macbeth,” were replaced on the Oscar slate by “Drive My Car,” which was not eligible for the Scripters because it isn’t in English, and “CODA.”