Mélanie Laurent is probably still best known to American filmgoers for her literal barn-burner of a performance in “Inglorious Basterds,” but on the global stage, she’s a filmmaking force, premiering her sixth film in ten years at the 2021 Toronto International Film Festival on its way to a global debut on Amazon Prime, the streaming service’s first original French production.

“The Mad Women’s Ball,” adapted by Laurent and Christophe Deslandes from Victoria Mas’ novel, explores outdated medical practices and even the supernatural, and it’s another powerful examination of how the asylum essentially served as the witch-burning post for more “enlightened” times — a place to take care of women who didn’t know their place, all under the guise of serving the public order. (Set in the late 1800s, “Ball” is Laurent’s first period piece.)

Lou de Laâge stars as Eugénie, a spirited young woman who bristles against the expectations of her conservative father, taking every opportunity to hang out in shady Montmartre dives where she can smoke cigarettes and read poetry in peace. A young bohemian she meets at one of them gives her a book on the spirit world, which helps her understand the near-seizures she’s been having of late; she can communicate with the spirits of the dead, and their presence initially sends her into convulsions before she slows down her breathing and begins to hear them. 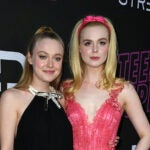 She has one such episode in front of her grandmother (Martine Chevallier, “Two of Us”), finding a long-lost bracelet because, as Eugénie confides, her late grandfather told her where to look. It’s not long thereafter that the family dumps Eugénie at the notorious La Salpêtrière asylum, where she is placed under the care of head nurse Geneviève (Laurent). Despite her I’m-at-work game face, Geneviève has far more compassion for the inmates than does the imperious Dr. Charcot (Grégoire Bonnet, “The Take”).

Laurent previously directed de Laâge in “Breathe,” a film about two young women becoming obsessively intertwined, and there’s a similar dynamic here. We see Geneviève — another closet smoker who, in another era, would likely become a doctor herself — and Eugénie grow close after the patient informs the nurse that she can hear Geneviève’s dead sister, Blandine. When Eugénie mentions the hundreds of letters that Geneviève wrote to Blandine since her demise, the skeptical nurse becomes a believer.

It’s a bold narrative gamble: “The Mad Women’s Ball” wants us to empathize with a young woman wrongly institutionalized because she believes she’s a medium, which is one thing, but the film also treats her supernatural abilities as being absolutely true, which is another matter entirely. It’s an anti-patriarchal metaphor that relies upon belief in the phantasmagorical, but the two actresses sell the conceit well enough that even the most skeptical viewers may find themselves accepting this story element, if only on a figurative level. 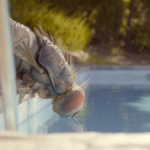 Laurent understands that the spectacle of women in asylums has been a cornerstone of cinema, spanning such notable touchstones as “Bedlam,” “The Snake Pit,” “Lilith,” and “Girl, Interrupted.” (When Eugénie is forced into a torturous ice bath for “hydrotherapy,” the director knowingly or accidentally includes several visual quotations from “Valley of the Dolls.”) But this is a case of the female gaze elevating potentially clichéd trappings; Laurent clearly has great empathy for the women of La Salpêtrière, patients and staff alike.

There is one Ratched in the bunch: Jeanne, a sadistic nurse played by Emmanuelle Bercot, who’s given a horror-movie intro, complete with blood-red sky and shocking musical sting. But even Jeanne is allowed to demonstrate a flicker of humanity before returning to her default monstrous state.

That red shot is the only overt bid for attention from director of photography Nicolas Karakatsanis (“Cruella”), who very effectively captures the constrictions of Eugénie’s and Geneviève’s lives by hemming them into hallways and stairways that seem to be constantly closing in. When Eugénie is sent to solitary confinement in a cellar, Jeanne tortures her with “the eclipse game,” i.e. closing the shutters and depriving her of sunlight, which gives those scenes in her cell layer upon layer of inky blackness. 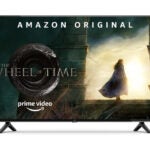 Also Read:
Amazon Is Building Its Own TVs Now

Like many actors-turned-directors, Laurent handles her performers intuitively, which allows for characters to make strong impressions even in just a scene or two. (Newcomer Lomane di Dietrich is heartbreaking as Louise, an inmate who becomes the subject of Dr. Charcot’s cruel “teaching” demonstrations.) And while the director herself delivers an indelible performance, she also generously gives de Laâge the star treatment. Unforgettably intense in “Breathe,” de Laâge continues her growth as an actor, capturing Eugénie’s feeling of empowerment over her extrasensory abilities even though they also lead to her imprisonment, the terror of which is conveyed with chilling intensity.

(Directors who plan to make biopics set during the French New Wave would do well to cast de Laâge, probably the only person on Earth who can resemble Brigitte Bardot, Jeanne Moreau, and even Vadim-era Jane Fonda with just the slightest physical adjustment.)

Without divulging important late plot elements, the ending of “The Mad Women’s Ball” may divide audiences. Yet what some might find dramatically unsatisfying about the film’s climax directly comments on the inequities of the era and the limited options offered to women, and there’s no shortage of rich storytelling, acting, and visual potency leading up to it. For viewers new to Mélanie Laurent’s directorial work, this will be an introduction that carries real impact.

“The Mad Women’s Ball” premieres on Amazon Prime on Sept. 17.