Fox’s smash hit “The Masked Singer” returns for its seventh season on Wednesday, March 9, the network announced on Wednesday.

Fox is hoping singing fans will stick around for the Eric Stonestreet-hosted “Domino Masters” after “The Masked Singer;” the series features 16 teams of domino enthusiasts facing off with complicated Rube-Goldberg-style scenarios. 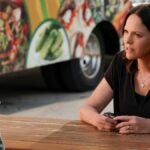 The logline: “When a documentary crew sets out to explore the lives of residents in a small American town – their dreams, their concerns – they stumble upon the midwestern town of Flatch, which is made up of many eccentric personalities. It’s a place you want to visit and maybe even stay. If there was a decent motel. Which there is not.”

The first seven episodes of “Welcome to Flatch” will be available to stream and on demand platforms at midnight on March 17. It will then air on Fox at 9:30 p.m. 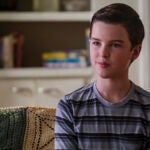 Also Read:
‘Young Sheldon’ Repeats Are Beating Every Other Network’s Comedies This Season in Viewers

Drama “9-1-1” and “9-1-1: Lone Star,” which will air back-to-back beginning on Monday, March 21. This season finds Athena (Angela Bassett), Bobby (Petere Krause) and the rest of the 118 channeling “Speed” in one episode as they try to save a family whose pick-up trick has been rigged to explode if it doesn’t maintain a speed of 55 mph.

And Jane Krakowski returns as host for season two of “Name That Tune” on Tuesday, March 29, after medical drama “The Resident.”