Paul Feig is a wiley veteran when it comes to adapting standout British comedies for U.S. audiences. The alum of “The Office” told reporters on Thursday that there was one lesson he definitely took from that experience and applied to Fox’s “Welcome to Flatch,” which is based on “This Country.”

“On ‘The Office,’ the first six episodes that they did with Steve Carell, they really leaned into the Ricky Gervais-style of the British ‘Office.’ Ricky’s character was kind of mean. Everybody thought that was hilarious, but American audiences were sort like, ‘Oh, we don’t know if we want to get behind a lead character who’s kind of mean,’” Feig recalled. “So it was really in that second season after ‘The 40-Year Old Virgin’ came out and we go, ‘Oh, everybody loves Steve Carell.’ And we realized, ‘Oh, he needs to be well-meaning even though he can be a boar.’”

Feig said the “This Country” characters are “very challenging,” so he gave the “Flatch” ones “more humanity” for the stateside crowd. One such example can be seen in the relationship between Kelly (Chelsea Holmes) and Father Joe (Seann William Scott). 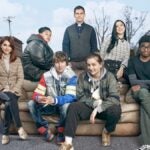 Producers were able to do so in part because there was a larger episode order association with the Fox series than the original show.

“For an American audience especially, you want to create a group of characters that they just love,” Feig said. “They can be challenged by and frustrated by [the characters], but in the end they understand them and they love them.” 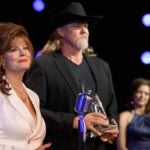 Earlier on Thursday, Fox announced that it will be making seven episodes of “Welcome to Flatch” available digitally ahead of the single-camera comedy’s broadcast TV debut.

Inspired by the BBC mockumentary format of “This Country,” “Welcome to Flatch” is a half-hour comedy written Jenny Bicks and directed and executive produced by Paul Feig, who also wrote two episodes.

When a documentary crew sets out to explore the lives of residents in a small American town – their dreams, their concerns – they stumble upon the Midwestern town of Flatch, which is made up of many eccentric personalities. It’s a place you want to visit and maybe even stay. If there was a decent motel. Which there is not.

“Welcome to Flatch” premieres on Fox on Thursday, March 17 at 9:30 p.m. That same day at midnight, Fox will put the first seven episodes of the series on digital platforms including Fox Now and Hulu (but not Fox-owned Tubi). The episodes will also be available on demand.