Scott Cooper’s film, which the streamer acquired last year in a $55 million deal, takes place at West Point Academy, a military training school. When a cadet turns up dead, its leadership turns to Augustus Landor (Bale) for help – a local detective who, if rumors are true, “once elicited a confession with nothing more than a piercing look”.

The trailer opens on a wintry landscape, where Landor contemplates the crime at hand – a soldier has been hanged, with his heart expertly cut out from his chest. 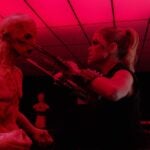 What initially seems like the act of a “madman” gives way to a larger conspiracy, as more bodies turn up and scraps of paper with strange symbols emerge as clues.

“There are instructions for immortality,” one character says. “Man will do most anything to cheat death,” adds another.

It’s a race against the clock as Landor, with help from a young poet named Edgar Allen Poe (Harry Melling), desperately try to make sense of what is happening and prevent the loss of more lives. 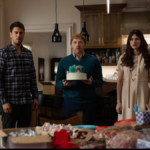 Watch the trailer in full above.